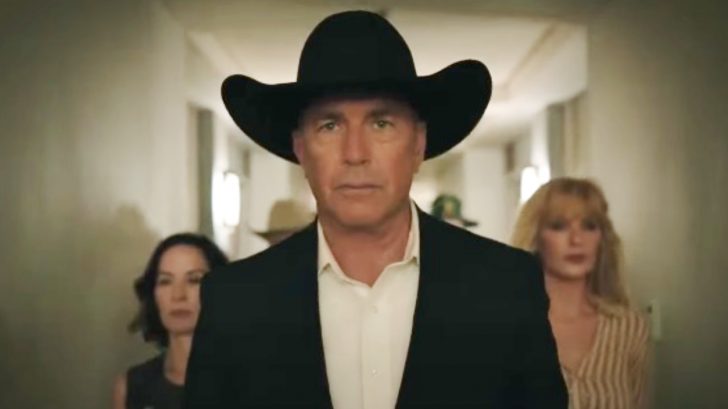 Yellowstone‘s fifth season is scheduled to kick off on November 13. It will be a supersized season, with a total of 14 episodes split into seven episode halves.

The cast and crew started filming a few months ago. They seem just as excited about Season 5 as the fans are!

Viewers got their first look at the new season in a teaser trailer that played during the VMAs on Sunday night (August 28). The 15-second video shows blink-and-you’ll-miss it clips of Rip Wheeler and various members of the Dutton family. As those clips play, you hear Kevin Costner‘s John Dutton say, “We’ll show the world who we are and what we do.”

The teaser ends with the words “All will be revealed,” across a black screen.

Although the teaser is short, it sent fans into a frenzy. People are curious to know what will happen to the Duttons this season, especially after the dramatic events of Season 4.

Playing into this hype, Costner addressed the release of the teaser trailer. He shared the video on his various social media profiles, and asked his followers, “Who’s ready?!”

Of course, Costner had tons of Yellowstone fans telling him they are more than ready for Season 5 to begin.

You can get your first look at Yellowstone‘s fifth season by watching its newly released teaser trailer below. November 13 can’t come fast enough!