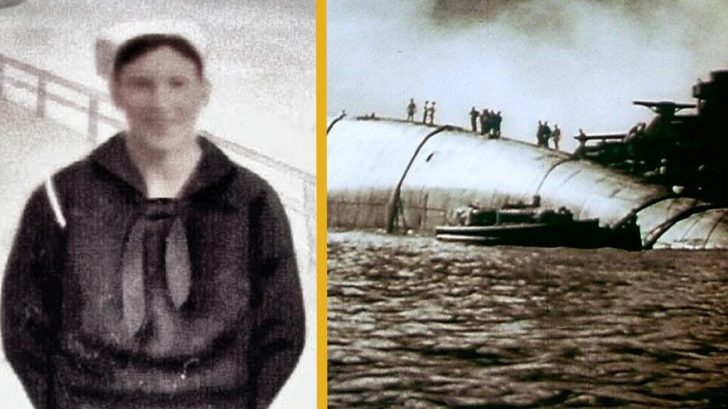 23-year-old Alphard S. Owsley from Paris, Kentucky died on December 7, 1941. He was aboard the USS Oklahoma at Pearl Harbor the ship was attacked and after his remains were properly identified 80 years later, he will finally be buried.

Owsley was a Navy Electrician’s Mate 3rd Class and was on duty working on the USS Oklahoma when Japanese aircraft attacked in 1941. Several torpedoes from Japanese torpedo-bomber airplanes hit the hull causing the ship to quickly capsize.

Owsley along with 429 crewmen died after the ship sank into the harbor. Most of the men perished due to being stuck inside the ship as it sank. Others died when they jumped off the ship into hot burning water due to spilled oil in the ocean that had caught on fire.

“Many of the men trapped in her upturned hull were cut free through the intense efforts of Sailors and civilian Navy Yard employees,” History Navy Military wrote.

At the time, only 35 of the men who died on the ship had their identities confirmed. The confirmed were sent to be buried in their hometowns but the remains of other men were buried at the National Memorial Cemetery of the Pacific.

75 years later, in 2015 the remains were dug up from their tombs and sent to laboratories to be analyzed by scientists who were able to identify that one of them was Alphard S. Owsley.

The Defense POW/MIA Accounting Agency announced Wednesday that Owsley was accounted for and will be buried in his hometown on August 5th.

As for the USS Oklahoma, it was formally decommissioned in September 1944 because it was too old and too badly damaged to be worth returning to service. The ship was sold for scrapping in December 1946 but sank while under tow from Hawaii to California in May 1947.

Learn More About The USS Oklahoma Below