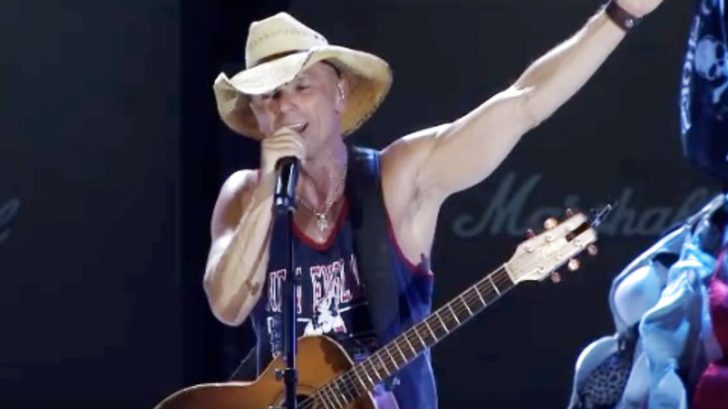 After being off the road for years, Kenny Chesney is finally embarking on a new tour! His Here and Now Tour will kick off on Saturday (April 23) at the Raymond James Stadium in Tampa, Florida.

Chesney is looking forward to the new tour, and can’t wait to see his fans again:

“Having been away from you for so long, I can’t imagine how great it’s going to feel once we get into that first song… all singing together… but I know we’ll feel a whole lotta love,” he said in a recent post on social media.

With just days to go until he hits the stage in Tampa, Chesney called into Tampa Bay’s Morning Krewe radio show to speak about his tour. When asked what kind of music he plans to play, Chesney responded:

But there’s one song fans won’t be hearing Chesney sing on tour.

During a quick questions segment, Chesney was asked what the hardest song is for him to sing live. He said that song is his 2006 hit, “You Save Me.”

“We don’t do it anymore,” Chesney said about the song. He explained why, saying, “Well, every day I just kept dreading it…okay, do I have a good enough voice to sing ‘You Save Me’ tonight?”

Even though we won’t be hearing Chesney sing “You Save Me” on tour, we have no doubt that he’ll put on a great show! Learn more about him and his new tour by listening to his interview with the Morning Krewe below.