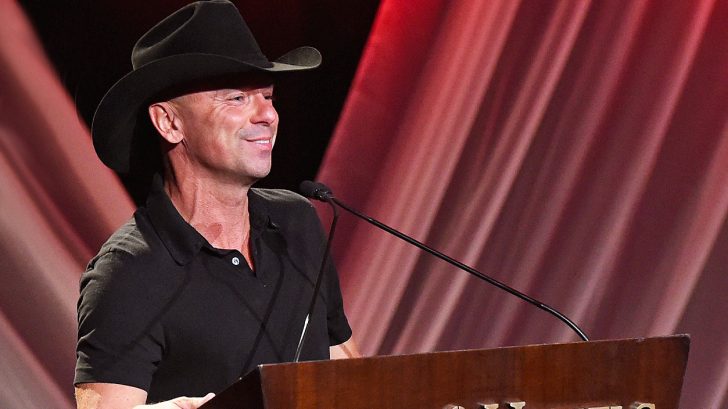 In 1994, Kenny Chesney made his major label debut in the country music scene with the release of his album, In My Wildest Dreams. That album was released on Capricorn, which was an independent label in Nashville.

The relationship between Chesney and Capricorn didn’t last long. The label closed its country music division in Nashville later in 1994, leaving Chesney to find a new label.

He eventually found a home with BNA Records in 1995, which operated under the parent company Sony Music Nashville, and shared ties to RCA Nashville and Arista Nashville. Later, a merger within Sony Nashville resulted in Chesney moving over to the Sony Columbia Nashville label, with his albums being released under his own Blue Chair imprint.

Even though Chesney had to make that change, he still remained under the Sony Music umbrella. He was signed to them for over 20 years, with his most recent release on the label being his Grammy-nominated album, Cosmic Hallelujah (2016).

Now, after more than two decades with the same record label, Chesney has made a huge change in his career. As he announced via a press release on Wednesday (January 17), he is leaving Sony Music Nashville and has signed a new contract with Warner Music Nashville.

“It is a big deal to change labels,” Chesney said in a statement. He went on to add, “To me, music is only complete when it gets to the fans and becomes part of their lives. The people at Warner understand my commitment to that idea, and they’re just as committed to those ideals as I am.”

Those at Warner Music Nashville seem equally excited about their new partnership with Chesney. The label’s Chairman and CEO John Espostio spoke highly of Chesney in a statement, saying:

“Kenny Chesney embodies the relentless pursuit of artistic freedom and expression. An unapologetic free spirit, he has built a career on perseverance, drive, innovation, and most especially, great songs. Everything he does is inspired. It is with deep respect and honor that we welcome Kenny to Warner Music Nashville. We couldn’t be more excited to work with him and his team.”

Chesney will be in good company at Warner Music Nashville. Some of the other artists signed to the label include Blake Shelton, Kenny Rogers, Brett Eldredge, and Ashley Monroe.

Congratulations to Chesney on making this big move in his career! We can’t wait to hear the music he releases under his new label!