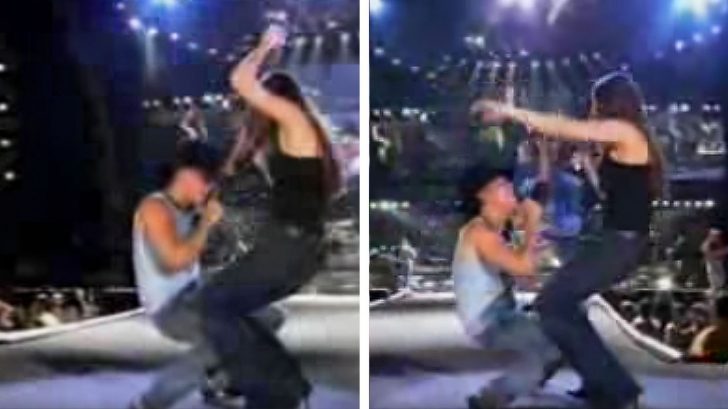 Country music stars Kenny Chesney and Gretchen Wilson got up close and steamy during a fiery performance of John Mellencamp’s rebellious hit “Hurts So Good,” revamping the rock song into a bonafide country hit.

“Are y’all with us in the back?” Chesney asked the rowdy audience. “So listen up y’all, really quick. I just wan’t y’all to know this is the part of the show where we decided to turn the volume up just a little bit.”

Chesney then rolled into a riotous performance of Mellencamp’s ’80s smash hit. After country singer rocked the crowd with the opening verse, Chesney decided to crank up the heat, inviting Wilson out to finish the song with him as a duet.

“Hurts so good/ Come on baby make it hurt so good/ Sometimes love don’t feel like it should/ You make it, hurt so good,” the country superstars sang together, getting up close and personal throughout the steamy performance.

“Hurts So Good” was released by Mellencamp under his stage name “John Cougar” back in 1982 off his American Fool album. The song was a smash hit, skyrocketing to number two on Billboard‘s Hot 100.

You can watch their steamy duet to the tune of “Hurts So Good” below.