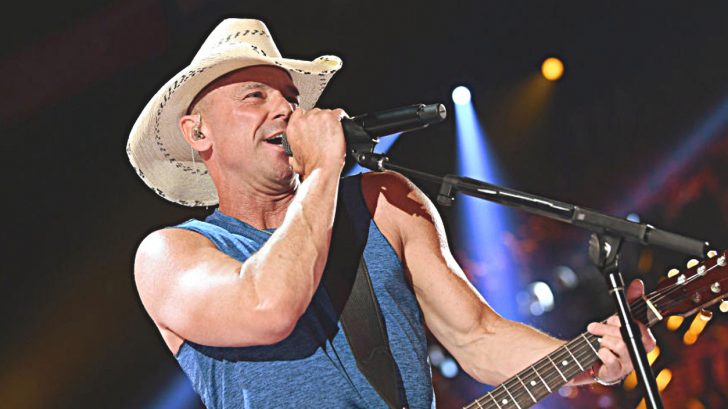 If you think that you’ve heard Kenny Chesney on the radio a lot lately, you’re correct. That’s because the seasoned singer currently has not one, but two singles out on country radio, and they’re both doing quite well.

The first of those singles is “Everything’s Gonna Be Alright,” which Chesney recorded along with David Lee Murphy. Released in November 2017, the single appears on Murphy’s latest album, No Zip Code.

Then, Chesney also has a solo single out on country radio, which is titled “Get Along.” Although it was just released in April, the track is already one of the hottest songs in country music.

Chart data proves just how well “Everything’s Gonna Be Alrighty” and “Get Along” are performing. The former song is currently at the seventh spot on the Country Airplay chart, while the latter just burst into the tenth spot on the same chart.

This sounds like a remarkable feat, and that’s because it is!  It’s pretty much unheard of for an artist to have two singles perform so well at the same time.

So whenever an artist has two songs in the top ten, it’s a monumental thing for them. That’s definitely the case for Chesney!

In fact, this is the first time in Chesney’s entire career that he has ever had two songs both land in the top ten on a chart. The significance of this achievement certainly isn’t lost on him:

“I never take anything for granted when it comes radio,” Kenny said in an interview with Nash Country Daily. “They are the bridge between this music and the people who live inside these songs. For all the awards and number ones, I’ve never had two songs in the Top 10 at the same time, and it’s a pretty special rush. Having grown up listening to the radio, there’s something about a song coming out of the speakers that’s exciting.”

Knowing how quickly both songs have soared up the charts, we think it’s safe to say that one of them may be a number one hit soon. Or who knows, maybe both of them will claim the top spot at some point!

You can enjoy listening to one of Chesney’s milestone songs in the clip below. You have to be impressed by this accomplishment of his!