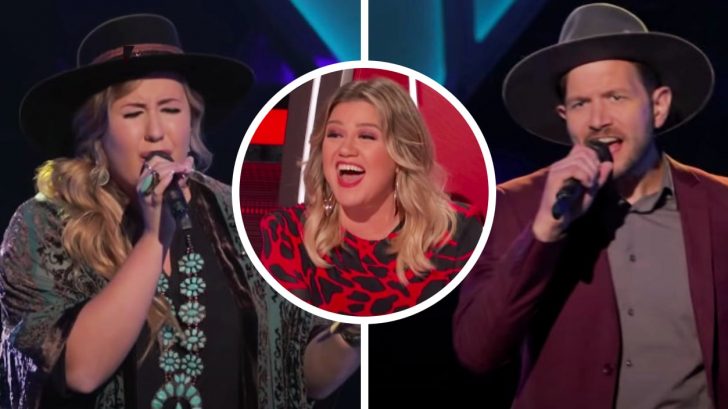 Anyone in search of a good “Tennessee Whiskey” cover will find no shortage of videos to watch. Though the song was first recorded by David Allan Coe and later made famous by George Jones, it experienced a resurgence in 2015 thanks to Chris Stapleton.

Stapleton performed the song with Justin Timberlake during the CMA Awards that year. People were hooked, and “Tennessee Whiskey” instantly became one of the most recognizable songs in the world.

Now, if you’re someone who wants to cover “Tennessee Whiskey,” you face quite the struggle to make yourself stand out in the crowd. And for two singers on The Voice, they faced the extra challenge of making themselves stand out against each other.

During the Season 19 battles, Bailey Rae and Sid Kingsley of Team Legend competed against each other while singing “Tennessee Whiskey.” The two vocalists knew going into their performance that only one of them could win, while the other would be sent home (unless they were stolen or saved).

So Rae and Kingsley brought their all to their battle performance of “Tennessee Whiskey.” The coaches made it clear they enjoyed both performers’ takes on the song, but they all gave the edge to Kingsley.

Blake Shelton, the panel’s only country artist, complimented the “refreshing” quality of Rae’s voice and compared her to Patty Loveless, but in the end he believed Kingsley was the winner of the battle.

Of course, it all came down to what Rae and Kingsley’s coach John Legend thought of the performance. He said he loved both of their performances, but he went against the other coaches’ thoughts and picked Rae as the winner of the battle!

But that wasn’t the end of the road for Kingsley. As he was walking off the stage to say “farewell” to The Voice, Kelly Clarkson hit her “steal” button to claim him for her team.

When explaining why she used her only steal on Kingsley, Clarkson described how impressed she was with his performance of “Tennessee Whiskey.”

“You opened your mouth, and I had to stand up, I was floored,” she said.

This “Tennessee Whiskey” battle resulted in a happy ending for everyone involved! Check out the performance below to see why the coaches had such great things to say about both vocalists.