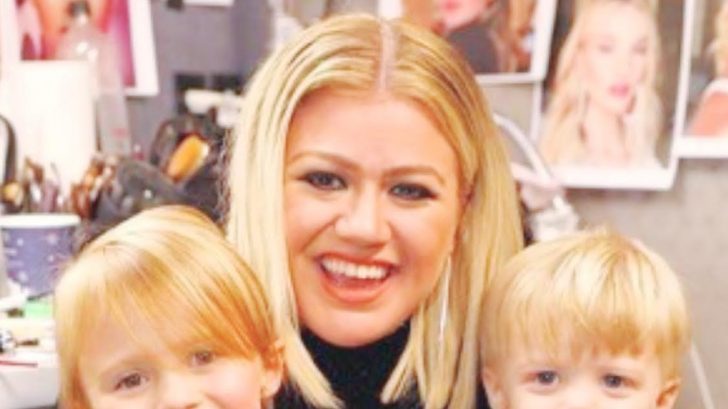 On June 12, 2014, Kelly Clarkson became a mama for the first time when her daughter River Rose Blackstock was born.

The precious little girl has been the star of Kelly’s Instagram account ever since. Kelly even wrote a children’s book with Miss River as the lead character!

I’m officially a children’s book author! River Rose and the Magical Lullaby comes out this October! #NewProject *Link in profile

River was just a few months short of turning two years old when she became a big sister. Kelly and her husband Brandon welcomed their second child, a boy, on April 12, 2016.

They named him Remington Alexander. Kelly introduced her son to the world with a couple of black and white images taken shortly after his birth.

Thank you @archetype_photo for the beautiful pictures once again!!! Y'all are the best!

Now, River is four years old, and Remington is just as old as she was when he came into the world!

Fans have been given the chance to watch the two Blackstock children grow up before their eyes, as Kelly frequently shares photos and videos of them on social media. One of the cutest snapshots she posted of them was in April 2017, when they were all dressed up for the Easter holiday.

Well over a year after that photo was taken, River and Remington have grown by leaps and bounds. But if you don’t regularly keep up with Kelly on social media, you may be surprised to see just how grown up they are.

Prior to the second live show in Season 15 of The Voice, Kelly’s kids stopped backstage to say “hello.” Of course, the trio had to pose for a photo to mark the visit, and the result was too cute for words.

Kelly can be seen smiling while crouching next to her son and daughter, her arms wrapped around them in a loving embrace. Both kids also have smiles on their faces, though we’d say that River’s smile was more of a cheesy grin!

Don’t they look like Kelly’s mini twins? They’ve started to look even more like each other and their mama as they’ve grown!

Hopefully the kids got the chance to watch Kelly on The Voice that night. After a few of her team members were saved by America’s votes, four other contestants were left standing.

Kelly had an impossible choice to make…she had to choose just one of those four contestants to continue on in the competition. Who did she pick? Find out by tuning in to the video below!

We wonder if River and Remington approve of their mama’s choice? Do y’all?