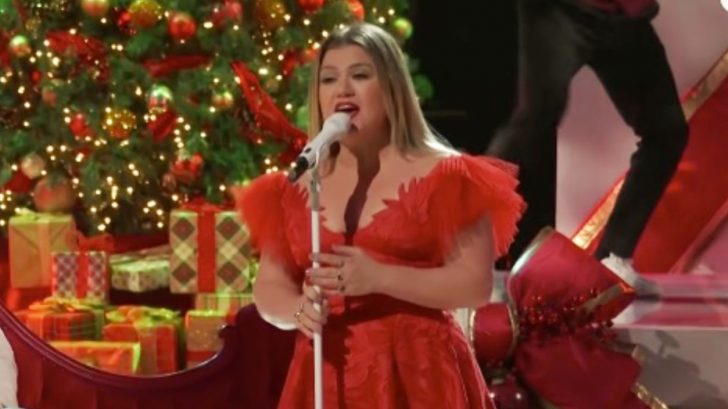 We may have just welcomed the first day of autumn, but Kelly Clarkson is already thinking about Christmas!

A week ago, Clarkson announced she was releasing a new, original Christmas song on Thursday (September 23). The new holiday tune is titled “Christmas Isn’t Canceled (Just You).”

Wrapped in Red was incredibly popular. It was the best-selling Christmas album of the year in the U.S. and its lead single, “Underneath the Tree,” was the radio’s most-played new Christmas song of the year.

After eight years, Clarkson’s fans have been itching for her to release new Christmas music. So when she announced she was releasing “Christmas Isn’t Canceled (Just You)” this year, many were hopeful it would be featured on a full Christmas album.

Their wishes were granted when Clarkson announced on Wednesday (September 22) that she is releasing her second Christmas album later this year. The album is titled When Christmas Comes Around, and will be released on October 15.

Clarkson unveiled the album’s tracklist in another post. Like Wrapped in Red, this new album will contain a mix of classic Christmas tunes and original songs.

The album also features three collaborations. Clarkson recorded “Glow” with Chris Stapleton and sang a bonus track “Under the Mistletoe” with Brett Eldredge (the duo previously released this song in 2020).

One of Clarkson’s fellow Voice coaches is also featured on the album. She recorded “Santa, Can’t You Hear Me” with new Voice coach Ariana Grande.

Check out the album’s complete tracklist below.

In another post, Clarkson explained why she decided to name her new Christmas album When Christmas Comes Around:

“My purpose for choosing this lyric as the title of this project was to bring forth a sense of reality to the fact that we are probably in very different places emotionally ‘When Christmas Comes Around…’ Some of us are consumed with a new love, some of us reminded of loss, some filled with optimism for the coming new year, others elated for some much deserved time away from the chaos our work lives can sometimes bring us. Wherever you are, and whatever you may be experiencing, I wanted everyone to be able to connect to a message on this album. Each year you may even have a new favorite depending on where you are in your life, but while change can be unpredictable there is no better time of year, in my opinion, to breathe hope into one’s life and let possibility wander.“

Although you have to wait a little longer for Clarkson’s Christmas album to be released, the song “Christmas Isn’t Canceled (Just You)” is already here! You can listen to the song by watching its official lyric video below.

Which one of the tracks on When Christmas Comes Around are you most excited to hear?