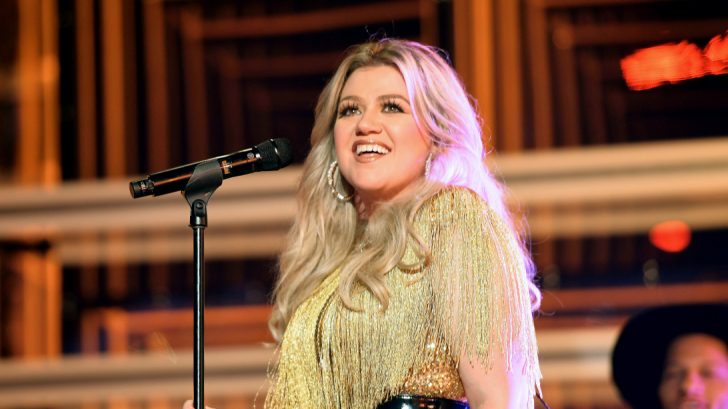 Nothing will keep Kelly Clarkson from a commitment….not even a messed up appendix. Wednesday night (May 1), Clarkson hosted the Billboard Music Awards in Las Vegas for the second straight year. But, this year she had to fight through pain to make it happen.

Those watching would have never known that Clarkson was in excruciating pain. The “Since U Been Gone” singer not only hosted the televised program, but she also performed twice including her latest single, “Broken & Beautiful,” while battling appendicitis.

Not gonna lie…. I may or may not have broken down in tears after the show from pain ? BUT thanks 2 all the amazing people @ Cedars-Sinai I flew home directly after the event, nailed the surgery early this morning, & feeling awesome now! Bye bye appendix ? #TheShowMustGoOn ??‍♀️ https://t.co/eL9HoVlSiM

According to ET, the surgery wasn’t an emergency procedure as Clarkson had been fighting appendicitis pain for a week. The media outlet also reports that “the singer is now home resting and recuperating and plans to be back to work on The Voice for their live show on Monday.”

Kelly was all smiles as she admirably pulled of her hosting duties flawlessly. Not once during the course of the 3-hour event did Clarkson let on that all was not well.

Fans of the singer praised her toughness and professionalism. “So let me get this straight. While you were melting faces and busting guts with your sweet vocals, your actual gut was busted??! Wow! What a pro!” one fan wrote. Another said, “And tomorrow we’ll read #KellyClarkson participated in a triathlon, cured cancer, brought world peace cuz that’s how she rolls #icant #queen #wholelottawoman #unbreakable.”

Join us in wishing Kelly Clarkson a full and speedy recovery.