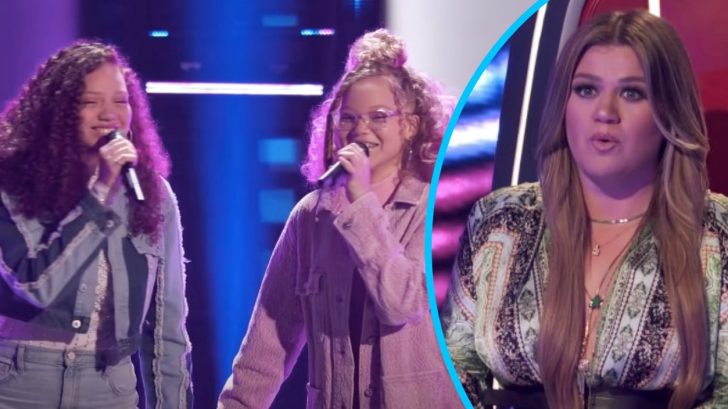 Macie (age 15) and Marie (age 13) Cunningham perform as a gospel duo called The Cunningham Sisters. The two talented sisters from Hamilton, Ohio got the opportunity of a lifetime when they were able to audition for Season 21 of The Voice.

The Cunningham sisters wowed the Voice coaches with their breathtaking harmonies as they sang “Never Alone.” Two of the four coaches turned their chairs for them: John Legend and Kelly Clarkson.

“Y’all both have amazing voices,” Clarkson said. “On your own you could have careers. I didn’t know there were two people until I turned around.”

Clarkson also went ahead and offered them a bit of advice, saying how they could work on letting one another shine individually in certain moments. The sisters seemed to appreciate Clarkson’s honesty.

Legend also put up a good case, especially since he shares a lot in common with the sisters. For one, he’s from Ohio as well. Two, he grew up singing in church just like they have.

The sisters had a tough choice to make. After much anticipation, they ended up choosing Clarkson as their coach!

Clarkson was shocked that The Cunningham Sisters picked her to be their coach. She was 100% convinced they were going to pick Legend!

Tune in to the video below to see the sisters’ outstanding audition. Then, stay tuned to see Clarkson’s priceless reaction when they said they wanted her to be their coach.