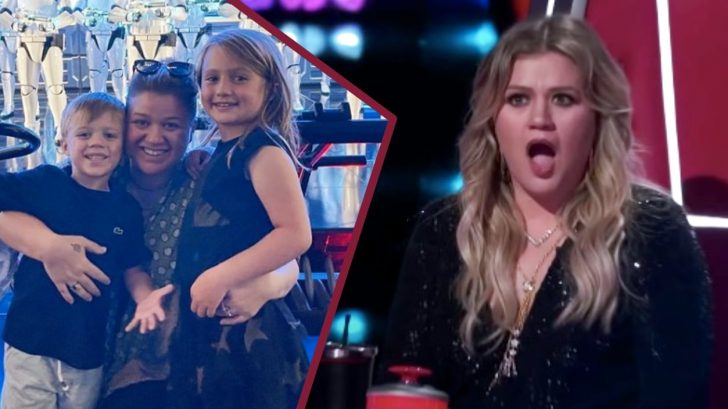 Kelly Clarkson has become one of the most popular coaches on The Voice. Fans love watching her interact with her contestants, three of which she has coached to victory.

Even though Kelly is a Voice fan-favorite, one of the show’s viewers has made it clear she likes another coach much more. And that viewer just so happens to be Kelly’s own daughter!

Sugarland‘s Jennifer Nettles was a guest on Kelly’s talk show, The Kelly Clarkson Show. During her interview, she spoke about how her eight-year-old son, Magnus, doesn’t always like to hear her sing.

Kelly said she can relate to Jennifer. She then confessed that her seven-year-old daughter, River Rose, has a favorite Voice coach…and it isn’t her!

So who does River root for on The Voice? She’s Team Nick all the way!

“That’s all of our kids,” Kelly said in response to Jennifer saying how sometimes her son is embarrassed by her singing. “Some days they’re so proud and then other days they tell people that Nick Jonas is their favorite ‘Voice’ coach.“

That got a good laugh out of Jennifer, who clearly understands where Kelly is coming from! Watch their interaction in the video below.

We’re sure Nick is flattered to hear that River is such a big fan of his!