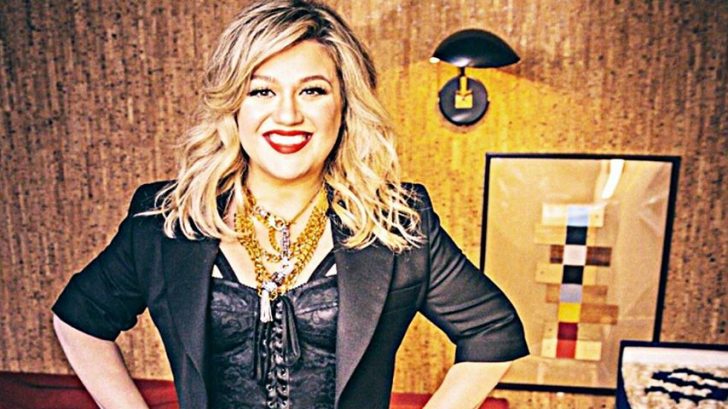 The ever-so-talented Kelly Clarkson has never been one to shy away from questions about her weight. In fact, she even celebrates it in songs such as “Whole Lotta Woman” where she goes so far as to compare herself to a “pot full of grits.”

Texas Women Do It Bigger…And Better

The star simply explains, “Texas women do it bigger.” And in Clarkson’s case, she also does most things better.

Recently though, fans have noticed they’re seeing a whole lot less of their multi-talented American Idol. To be exact, they’re seeing about 40 pounds less of Clarkson than they were at the beginning of 2018.

This album is on??? love my girl @kellyclarkson! Go check it out! And this song is ?? #wholelottawoman #meaningoflife #kellyclarkson #texaswomandoitbigger

How Did She Do It?

Of course, everyone’s first question is, “How did she lose so much weight and why?”  Okay…that’s two questions.

Clarkson, who describes herself as a “warm biscuit” — which she jokes is “the greatest thing ever with some honey,” wanted to reshape her biscuits so she could wear the eight amazing dresses chosen for her appearance on the appearance on the Billboard Awards. Whatever she did, it worked its magic. Kelly has never looked or sounded better when she took the stage.

For those late morning risers and those who have already done a whole day’s work. Reward yourself! Good morning BK! #brownbutternyc

What’s her secret? Who worked their magic?

She Reveals Her Secret

Entertainment Tonight did some probing during an interview about the grand finale of The Voice. Commenting on the changes in her fashion and fitness, Kelly laughed off any notion she had actually lost weight. Instead, she played down her diminishing figure and gave credit to those who made her new look possible.

Crediting her amazing appearance to “stylists who apparently went to Hogwarts (School of Witchcraft and Wizardry.”) Kelly gave a shout out to her “whole glam squad.” Then she revealed the untold secret: “I literally hired Harry Potter and Spanx, it’s all like a sausage.” With that, everyone burst into laughter.

The Best Compliment Ever

Whether she’s slim and trim or sound and round, the “Love So Soft” singer believes people pay way too much attention to her physique, but she’s still happy to be a role model for young women to be proud of their bodies.

“I love that people come up to me and say, ‘Because you are comfortable in your skin, you have made me more comfortable in mine’,” a confident Kelly told Daily Mail in 2017. “That’s the best compliment ever.”

All joking aside, she actually has lost weight, and details it in the interview below.