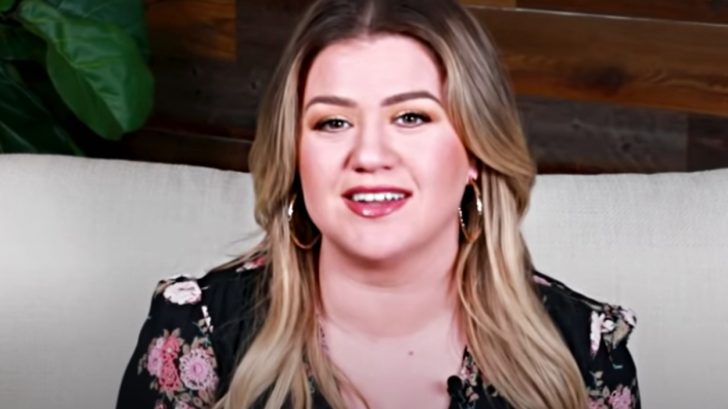 It is no secret that Kelly Clarkson has had a rough year.

The pop singer is in the middle of a very public divorce from Brandon Blackstock, with whom she shares two children. Clarkson has remained open about her personal life throughout the year, and now, the “Stronger” singer is offering advice to her fans.

On The Kelly Clarkson Show, the former Idol winner offered her fans guidance on awkward situations that arise during the holidays, and it became clear that Clarkson values honestly. The singer encouraged her fans not to shy away from controversial topics at the dinner table. Clarkson admitted that while she and her mother have differences in their views, the two still respect each other.

Clarkson offered advice to a fan who accidentally shared a text message with the wrong family members. Clarkson read the question from the audience member for everyone to hear.

“I do Christmas with my Dad’s not-so-fun side of the family,” the singer read. “This year I used quarantine as an excuse to go with my mom’s side by telling my aunt we were staying home and then accidentally put her in a group chat about ‘going with the fun ones.’ Am I going to hell?”

Clarkson could not help but burst into laughter as she launched into her answer. The singer advised the fan to “own” the situation and be truthful. Clarkson explained:

No, but you are in so much trouble! Here’s the thing: don’t lie. Just own it. And then be like—look, maybe this is your opportunity to become the fun ones, you know? Just own it. You can’t lie. In that situation you just gotta be like, ‘Sorry, it was a turd statement. I do stand by it, but yeah. Maybe let’s do something to turn it around.’ A family game maybe, I don’t know. You dug that hole and now you’re just sitting in it. Happens to the best of us.”

For Clarkson, 2020 has been a very truth-embracing year. Watch the full segment in the video below.