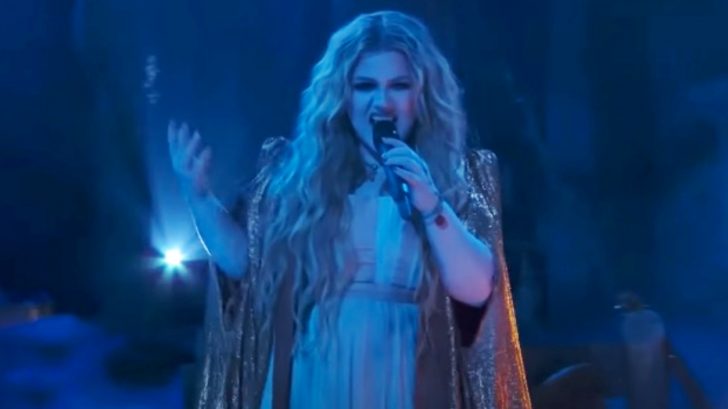 There are tons of songs out there that celebrate the Christmas season. But there aren’t as many songs that celebrate Halloween. Therefore, everyone knows the one song that has become a Halloween staple, and that is “Monster Mash.”

“Monster Mash” was released in 1962 by Bobby “Boris” Pickett. The now-classic tune reached the #1 spot on the Billboard Hot 100 following its release. Remarkably, “Monster Mash” entered the chart again in 2021…59 years later. That time around the song reached the 37th position on the chart.

In 2022, Kelly Clarkson celebrated Halloween on her talk show The Kelly Clarkson show by performing a unique rendition of “Monster Mash.” The stage was decked out in decorations to resemble a spooky forest scene, while Clarkson was dressed in an elaborate Halloween costume.

Clarkson’s rendition of “Monster Mash” was unlike any other you’ve heard before. She took the song and turned it into a rock ballad, giving it a more haunting vibe than the original recording. This new arrangement also gave Clarkson the opportunity to show off her extensive range. She hit some pretty high notes!

Viewers were spellbound by Clarkson’s cover of “Monster Mash.” Some of the comments on the YouTube video of her performance were:

“OMG, this rendition adds a whole other dimension to the song. Great arrangement!!”

“Who knew we needed a rock version of Monster Mash? This was next level.”

“Best rendition I have ever heard. She is amazing!!!!”

“Oh my GOSH this is incredibly iconic.”

Now you can enjoy Clarkson’s one-of-a-kind take on “Monster Mash” by tuning in to the video below. This is a performance we’ll revisit for many Halloweens to come!