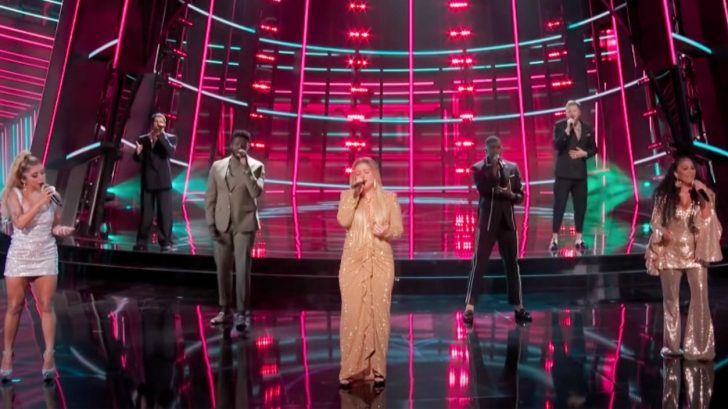 Instead of singing a medley of songs like she did when she hosted the Billboard Music Awards in the past, Kelly Clarkson opened the 2020 ceremony with a cover of a single song.

The song she chose was “Higher Love,” which was originally recorded by English rock artist Steve Winwood. He released his recording in 1986, and Chaka Khan provided the female vocals for the track.

Whitney Houston went on to record a cover of the song in 1990. Then in 2019, a Norwegian DJ named Kygo remixed Houston’s rendition of the song and released it as a single. It went on to claim the #1 spot on the Billboard Dance Club Songs chart.

Since “Higher Love” came back into the spotlight last year, it was a perfect pick for Clarkson to perform during the BBMAs. With lyrics such as “Things look so bad everywhere. In this whole world, what is fair?” the song also resonates on a deeper level after everything that has happened in the world this year.

Clarkson wasn’t alone when she covered “Higher Love” to open the BBMAs. She was joined by world-famous a cappella group and The Sing-Off winners Pentatonix. They were all accompanied by percussionist Sheila E., who also played an energetic solo.

If you missed the performance, be sure to check it out in the video below. It was such an extraordinary showcase of talent!