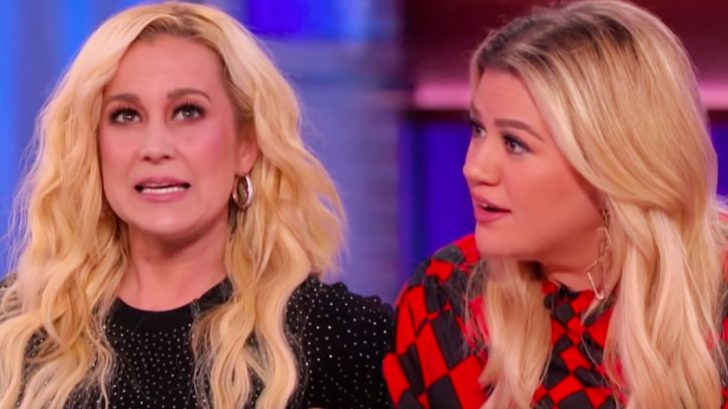 Both Kelly Clarkson and Kellie Pickler were able to start their careers as singers thanks to a show called American Idol. In Clarkson’s case, she went on to become the show’s first champion. Pickler finished in sixth place during Season 5, and is now one of the show’s most successful country singers.

So when Pickler stopped by The Kelly Clarkson Show for a taping, it only made sense that Idol was brought up in conversation.

Clarkson asked Pickler about her audition experience, saying she had just learned that Pickler auditioned with her song, “Since U Been Gone.”

If you watched Pickler audition back then, you’ll recall that judge Paula Abdul asked her to sing “twenty seconds” of another song to show off her pipes. To the viewers, this seemed as though Abdul was questioning Pickler’s talent by having her sing another song.

This is something viewers see on Idol from time to time. Someone auditions, and then the judges ask them to sing another song. It leaves viewers thinking that the judges doubt the hopeful singer’s talent.

But as Clarkson and Pickler revealed, that isn’t necessarily the case.

The two singers shared they both had to sing multiple songs for the Idol judges during their auditions. But not every song makes the cut in the finished show, so viewers think that most contestants only have to sing one song.

“They had all of us do that though,” Clarkson said. “Everybody thinks it’s like, one song. I had to sing like, three different ones…I was like, am I still proving that I can sing on key here?“

Actor Nick Offerman, who was next to Pickler on the couch, was thrilled to be getting the “backstage dish” on all things Idol from the two past contestants.

“We are spilling the tea today!” he said.

You can listen to Pickler and Clarkson’s full conversation about Idol auditions in the video below. It truly is amazing to hear their behind-the-scenes secrets about their time on the show.

Now you’ll never be able to watch Idol the same way knowing that your favorite singers perform more than one song in their auditions…and you never get to see them all!