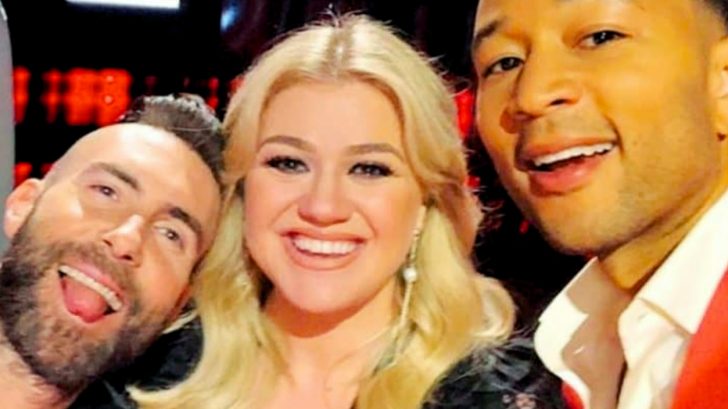 When sibling trio Girl Named Tom won Season 21 of The Voice, they made history in more than one way. For starters, they were the first non-solo artist to win the show.

Trios were allowed to compete on The Voice starting in Season 16. Duos have always been allowed, but none have ever won.

Girl Named Tom was on Kelly Clarkson‘s team. Their coach celebrated their historic win in a post on social media, writing:

“SEASON 21 WINNERS OF @NBCTHEVOICE AND FIRST GROUP TO WIN EVER!!!! I couldn’t be more excited for @girlnamedtom and #TeamKelly!!! #VoiceFinale.“

After Girl Named Tom won Season 21, Clarkson’s total wins went up to four. In doing so, she broke the record Levine previously held for years.

Other than Girl Named Tom, Clarkson’s other Voice winners are Chevel Shepherd, Brynn Cartelli, and Jake Hoot. She has coached a total of eight seasons and won four of them, meaning she has won 50% of the time.

Clarkson ties with former coach Usher in this regard, who also won 50% of the seasons he participated in. He served as a coach during Seasons 4 and 6, and won Season 6 with Josh Kaufman.

To put things in perspective Shelton has the most wins (eight) and has coached all 21 seasons. So his win percentage is approximately 38%.

Clarkson has shown she is a force to be reckoned with on The Voice! She knows talent when she hears it, and she heard it in Girl Named Tom.

Tune in to the video below to watch Clarkson perform with Girl Named Tom shortly before their historic win. Congratulations to all of them!