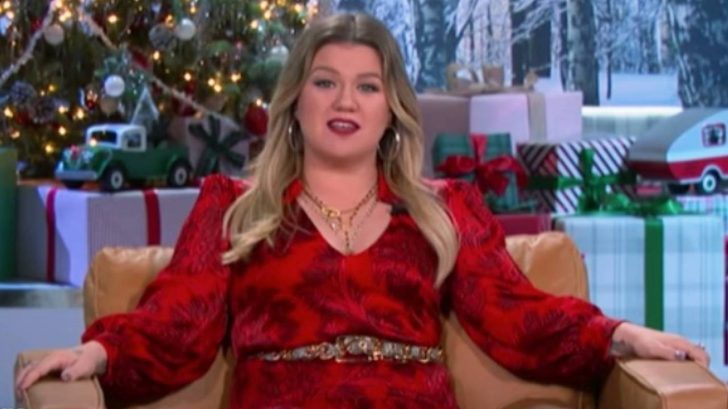 The format of The Kelly Clarkson Show is pretty much the same every day. She opens each episode with a cover, which she cleverly calls “Kellyoke.” For Friday’s (Dec. 11) episode, she kicked it off with a rendition of “Have Yourself A Merry Little Christmas.”

Next, she normally stands up in front of her virtual audience and introduces her next segment or just talks for a few minutes. But on Friday’s episode, she was sitting in a brown leather chair instead.

“So you’re probably wondering why I’m sitting in a chair ’cause I usually start standing,” she said with a laugh.

Clarkson explained that she was very excited to be hosting her first holiday show of the season. She was a little behind schedule, so she was running in her heels, which she now says “was a bad decision.”

“Apparently I took a corner and possibly did something to my ACL,” Clarkson told the audience. “2020, the gift that keeps on giving.“

The ACL, or anterior cruciate ligament, is one of the main ligaments that stabilizes your knee. When the injury first occurs, it can be extremely painful and almost all of the time, requires reconstruction surgery.

Clarkson explained that she wanted to continue with the show because they had already planned everything out and the audience was already waiting for her, so she had to host the show while elevating her leg.

She warned her audience, “I was running in heels and turned a corner like I’m some kind of athletic person and it didn’t go well. Anyway, note to self. Stay healthy, don’t run in your heels, or turn corners, or be in a hurry because then you’re gonna end up looking like a fool on television!”

We’re glad she’s in such good spirits after a painful injury. Praying she has a quick recovery!

Watch her explain the injury in the video below.