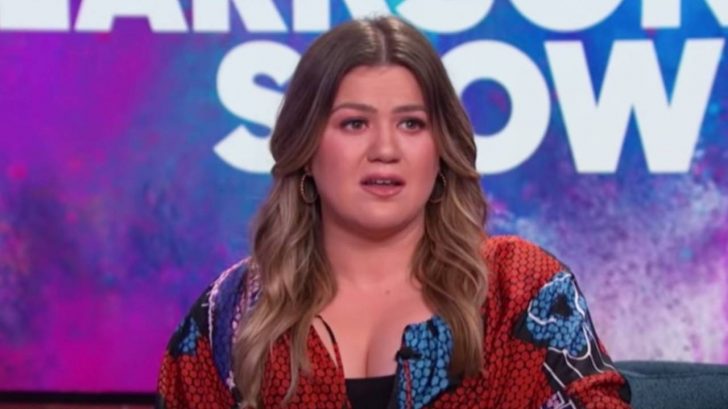 During the second season of her talk show, Kelly Clarkson has been relatively open about her divorce from her husband of seven years, Brandon Blackstock.

The Emmy Award-winner filed for divorce in June 2020 and they have been involved in some legal disputes regarding her now-estranged husband managing her career. While she hasn’t touched on the legal side of things, she has opened up a bit about how she feels following her split with fellow divorcees on her show.

Most recently, on her March 24th show, she and guest Gwyneth Paltrow talked about their shared experience of divorce with children involved. Paltrow was previously married to Coldplay frontman Chris Martin and they share 16-year-old daughter Apple and 14-year-old son Moses together.

Clarkson asked her guest how she navigates co-parenting, calling it “hard to navigate,” and saying, “Divorce is hard on people, but it’s hardest on the kids.”

Paltrow explained that early on in the split, she and Martin made a commitment to remain a family even though they weren’t a couple anymore. Since their 2016 divorce, they have spent holidays together, gone on vacation, and these events even include Paltrow’s new husband, producer Brad Falchuk, and Martin’s girlfriend, actress Dakota Johnson.

The actress added that it wasn’t easy at first but since it has been several years, it is second nature now. She also spoke with lots of children of divorce to see their side of things, and they told her all they ever wanted was their parents to be friends instead of not being able to be in the same room as each other.

From the looks Clarkson was giving, it seemed like she was taking mental notes. Check out the interview below.