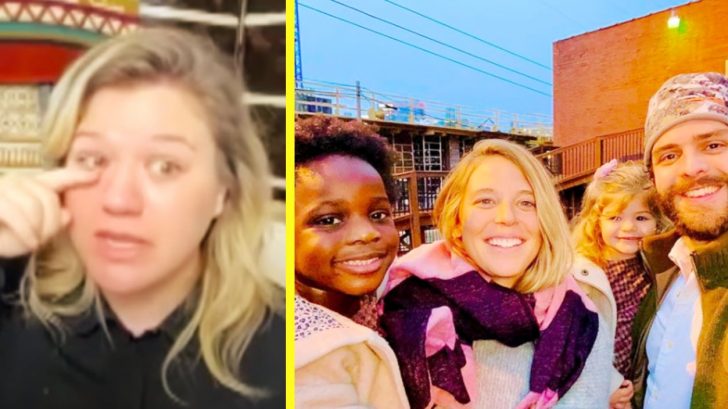 In February 2017, Thomas Rhett and his wife, Lauren Akins, announced they were expecting not one, but two new babies. Lauren found out she was pregnant after the couple had already started the process of adopting a child from Africa.

The pregnancy came as a surprise to the pair, since they stopped trying to get pregnant while they were in the middle of the adoption process.

OH BABY! ? actually…BABIES! Our hearts are exploding with happiness for y'all to meet our new baby who we are bringing home from Africa soon???? who is also going to have a little brother or sister because, SURPRISE! there's a sweet baby in my belly too ?? #adopting&pregnant #cominginhot2017

The family finally brought home their eldest daughter, Willa Gray, from Uganda in May 2017. She was only one year old at the time.

Earlier this year, Thomas and Lauren added a third daughter to their family. Lauren gave birth to Lennon Love on February 10, and Willa and Ada adore her.

Our early Valentine baby was born yesterday, February 10th and her sisters couldn’t be happier to finally get to kiss her little face ? Lennon Love Akins ? 9lbs 2oz of lovveeee with lots of dark hair and blue eyes ? we could not be more in love ???

Fans of Thomas’ have fallen head over heels for his beautiful family, and it’s easy to understand why. They have such a unique story, especially when it comes to how he and Lauren met Willa and eventually welcomed her home.

Lauren was in Uganda on one of her many trips there when she met Willa, who was an orphan. She recalled feeling an instant connection to the little girl.

My goodness Willa Gray, we have never prayed so hard for anything or anyone. Now half way across the world from where we first met you’re turning 2 and you are better than my best dreams? God not only answered our prayers for over a year when you came home, but He WAY exceeded them by giving us you? I love getting to be your mama & watching you shine✨happy birthday to my first baby, I love you to the moon and stars my precious little one?

“The second I touched her it was like, electric,” Lauren said of the first time she met Willa. “And I was like, ‘Oh my word, this girl has just taken my heart.’”

When Thomas learned about the baby in Uganda, he was quick to say that he and Lauren would give her a home.

“I was like ‘We’ll bring her home,'” Thomas remembers. “And, I don’t fully remember even saying it. It was like, such a spiritual thing for me that it just came out of my body.”

As to be expected, Kelly cried while listening to Thomas and Lauren share how Willa came to be in their lives. You’re sure to tear up as well when you hear the little girl’s adoption story below.

We’re so happy Thomas and Lauren found Willa, and that she found them!