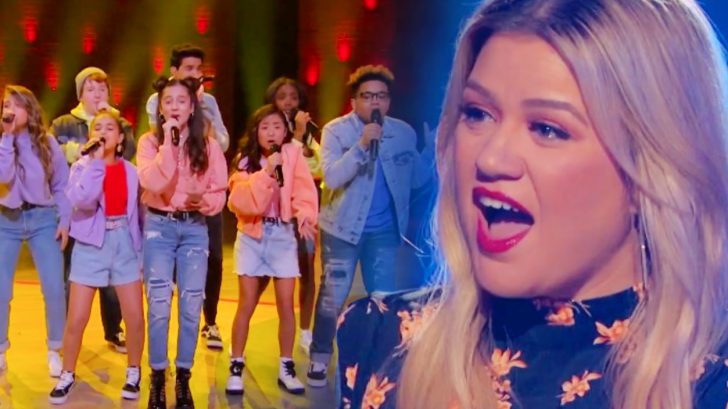 Of all the songs in her extensive catalogue, none move Kelly Clarkson as much as “Piece by Piece.”

Kelly wrote the song about her husband, Brandon Blackstock, and his love for her and their daughter, River Rose. The song is addressed to Kelly’s estranged father.

She sings of how Brandon managed to pick her up “piece by piece” to show her that a husband and father can be kind, loving, and present.

While she was pregnant with her second child, son Remington Alexander, Kelly performed “Piece by Piece” as a guest on American Idol. During the now-famous performance, Kelly broke down in tears and had trouble finishing the song.

Even though “Piece by Piece” was released in 2015, the song still tugs at Kelly’s heartstrings.

During her first season as a coach on The Voice (Season 14), Kelly started sobbing when contestant Stephanie Skipper sang “Piece by Piece” for her blind audition. Despite her emotional reaction, Kelly did not turn her chair for Stephanie, and she ended up on Team Adam.

But we have a feeling if Kelly heard children’s a cappella group Acapop! KIDS perform on The Voice, she’d turn her chair in an instant.

The new children’s singing group is lead by Scott Hoying of Pentatonix. They made their debut television appearance on Kelly’s NBC talk show, The Kelly Clarkson Show, and treated her to a medley of her hit songs.

Taking turns singing lead while others performed harmonies and beatboxed, the kids cycled through songs such as “Breakaway,” “Since U Been Gone,” “Stronger,” and “Because of You.”

The latter song is one that Kelly re-recorded as a country duet with Reba McEntire.

Also included Acapop! KIDS’ medley was a sweet rendition of “Piece by Piece.” Kelly immediately started crying as she listened to the kids sing the song that means so much to her and her family.

After the medley wrapped up, Kelly rushed to hug the kids and let them know how much she enjoyed their singing. She also made it clear she was touched by their performance, telling them she was “bawling” while they sang.

You can watch Acapop! KIDS perform their medley of Kelly’s songs and see her reaction in the video below.

It’s hard to believe they make such dynamic music without the use of any instruments. Every sound is made with their voices!