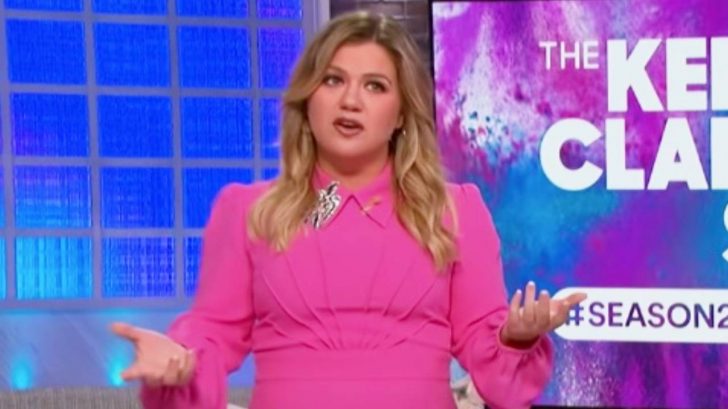 On the Season 2 premiere of her talk show, Kelly Clarkson addressed her June divorce filing from her husband of seven years, Brandon Blackstock. She said, “2020 has brought a lot of change also to my personal life. Definitely didn’t see anything coming that came.”

Something else she probably didn’t see coming was being sued by her manager, Narvel Blackstock, who is also her ex-father-in-law and Reba McEntire’s ex-husband.

Narvel’s company, Starstruck Management Group, filed a lawsuit against Kelly in late September claiming they are owed $1.4 million from the Voice coach. Variety reported that “Clarkson has not paid the full commission this year for her work on ‘The Voice’ and ‘The Kelly Clarkson Show.’” Although Kelly already paid them $1.9 million, she still owes them $1.4 million as part of their verbal agreement.

Starstruck Management Group is paid “15% commission on [Kelly’s] gross earnings,” according to Variety. The publication estimates the Emmy-winning host will owe at least $5 million by the end of the year.

Clarkson remained silent on the matter until she countersued Narvel’s company on October 20 for violating California Labor Code.

According to PEOPLE, the Emmy-winning talk show host is accusing Starstruck of “procuring, offering, promising, or attempting to procure employment or engagements” for her without first obtaining a talent agency license. She is arguing that “any and all agreements,” which includes their previously reported verbal contract, be “declared void and unenforceable.”

“While Starstruck Management Group provided talent management services on her behalf, it did so at all times that CAA [Creative Artists Agency] was her agency of record. It is unfortunate that Kelly is again attempting to avoid paying commissions that are due and owing to Starstruck to try and achieve some perceived advantage in her ongoing custody and divorce proceedings.“

When Clarkson addressed her divorce on her talk show, she said she would likely not talk about her split much on the show because she and her ex-husband have two children together. She has also helped raise his two older children from a previous relationship.

“My kids come first,” she said. Watch her address her divorce on her show below.