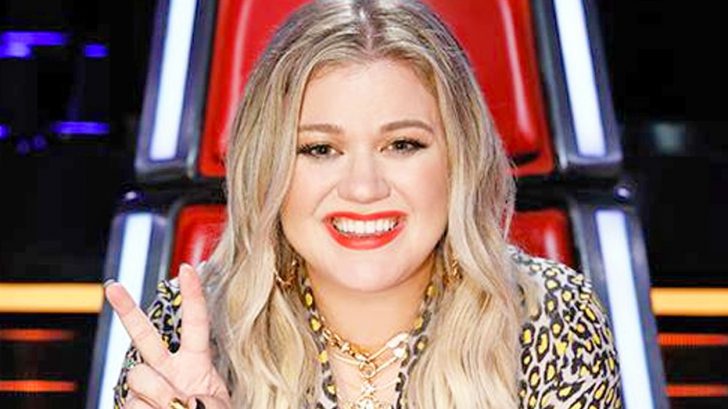 When the original “American Idol” signed on the be a coach of The Voice at the same time ABC was rebooting the singing competition that made her famous, many eyebrows were raised. In past interviews, Kelly Clarkson claimed that choosing The Voice over Idol just made sense for her family, since her husband Brandon Blackstock is Blake Shelton’s manager and is always on set anyway.

“We’re used to ‘The Voice’ schedule, we already have to work around it because of our family,” Clarkson previously said. “We have four children — that can be very taxing with a schedule. It was just a no-brainer for me with ‘The Voice’ because of that alone.”

At the Television Critics Association in Pasadena, California in early 2017, Clarkson told the press what really drew her to The Voice, which had nothing to do with the schedule.

Clarkson told Us Weekly that being on The Voice is “full circle” with how she started singing when she was a younger.

“I started singing opera and everything was behind screen so my whole life, starting in music for years, was literally me having to be perfect behind that screen,” she revealed.

She was drawn to the NBC hit show because of the Blind Auditions, where the judges’ backs are facing each contestant so it really is all about their voice, and not the way they look or dress.

“That literally is the thing that separates The Voice for me … It’s a rare opportunity that this show represents that people might not get through on other shows,” Clarkson told Us Weekly. “That’s my favorite part of the show. It is interesting to make it about talent first. That’s why I love this show.”

While she does have a special place in her heart for American Idol and wishes the reboot success, she is passionate about her reasoning for choosing to sit in a big red chair.

She said, “It does come back to those blind auditions that really separates everything and it means something to me because I think that’s who I represent, those people in this industry. I don’t fit the pop star image that people expect all the time. But I am a pop star and this is the image that I exude. That’s why this show really does complement my desires for this industry.”

Kelly is currently in the middle of her fourth season as a coach and won her first two seasons. The first with Brynn Cartelli and the second with Chevel Shepard.

Will she win this season? Only time will tell.