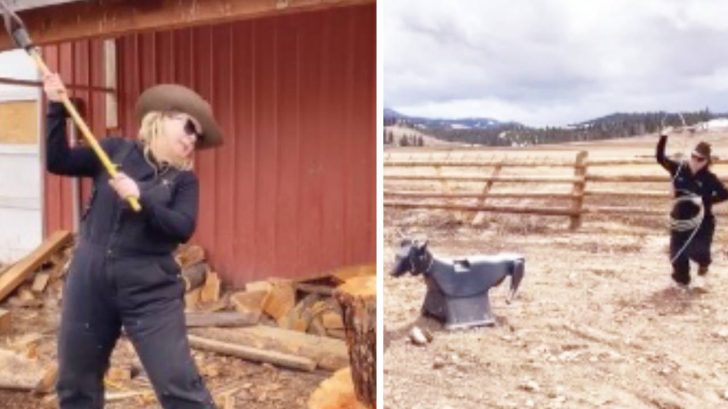 In the Spring of 2020, most of the country was still under stay-at-home orders due to the coronavirus pandemic, but as some have shown us – the show must go on!

The Voice is one of the many television shows who changed gears and gone completely remote for the foreseeable future. The Voice has a unique format, where once the pre-recorded Blind Auditions, Battle Rounds, and Knockout Rounds are complete, the show normally goes completely live on television.

Because the pandemic made live, in-person shows impossible, The Voice was forced to go remote, sending their coaches and the remaining contestants equipment to film themselves on a live stream.

The performances were going well, but the coaches were also missing spending time together so they started doing virtual Happy Hours with each other. They each grabbed their favorite beverage and video chatted to catch up.

In one of their Happy Hours, host Carson Daly was asking what each of the coaches had been up to while in quarantine. Blake Shelton kicked things off first by saying he’d been doing lots of “manly” things, which included smelling flowers, playing with baby ducks, and dancing.

Then, Kelly revealed she was been busy on her Montana ranch and said, “I’ve become pretty outdoorsy!”

A video montage proved this to be somewhat true. Yes, she is outdoors, but would we consider her to be “outdoorsy” after seeing the video? Probably not, but we love the effort! She interacted with a horse, which seemed to frighten her, worked on her roping skills, and showed herself unsuccessfully chopping wood.

Her roping skills didn’t look too promising either, but hey…she looks like she’s having fun!