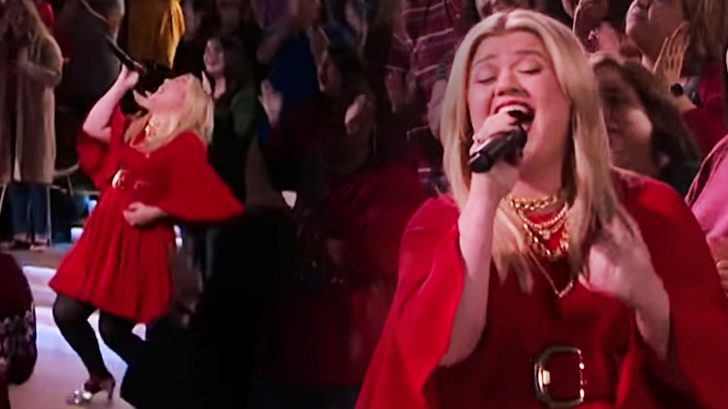 Taking on some upbeat holiday music for her recent “Kellyoke” show opener series, Kelly Clarkson had the entire studio audience on their feet and singing along when she walked out into the crowd belting Chuck Berry’s 1958 hit “Run Rudolph Run.”

The song, which is often titled as “Run Run Rudolph” due to the lyrics and popularity, has been a favorite of holiday music singers and performers for decades. The song hit its highest chart position on Billboard 55 years after it was released when Whitney Wolanin issued her 2013 cover.

Kelly Clarkson, who is a huge Christmas music fan, also released a version of the song on her own holiday album, Wrapped In Red, that same year.

If you’ve seen any of Kelly’s “Kellyoke” videos that capture the fun musical opener of her new talk show, you know that she always likes to start things off on a peppy beat and have a great deal of fun! This performance was no exception!

She growled on some notes, belted out others, and used her expansive vocal range to really ignite this song into a wave of Christmas cheer.

Check out the full performance as she walks through the television studio singing along with her full band to this fun and perky tune as part of her Christmas-themed episode.