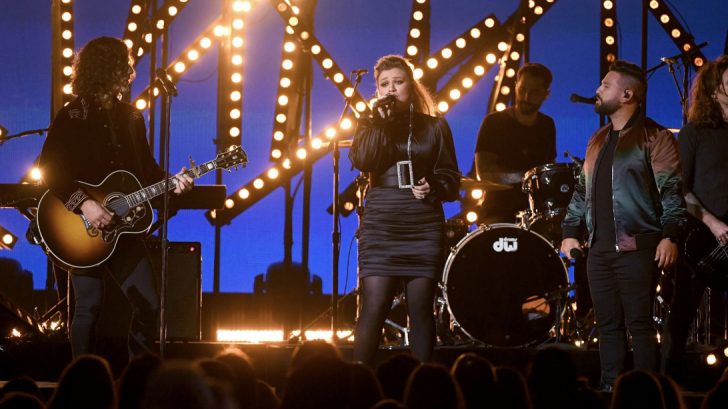 Dynamic duo Dan + Shay attended the Academy of Country Music Awards Sunday night as the most nomination artists of the night, an honor they share with Chris Stapleton with 6 nominations each. One of their nominations was for their collaboration on “Keeping Score” with Kelly Clarkson for Music Event of the Year.

The talented trio took the stage to perform the song together for the very first time. When the song was recorded, they recorded their tracks separately and hadn’t sang the song live until Sunday night.

The original version of “Keeping Score” featured only Dan + Shay, but the stars thought it would make a great duet.

“We were trying to think of who would be cool female duet partner who could go toe-to-toe with Shay [Mooney],” Dan Smyers said during in an interview with a radio station. “You think of powerful female voices of our generation, and I think Kelly Clarkson is probably at the top of that list. She’s probably the strongest, most powerful female voices out there, and and an amazing person, too,” he said.

Shay noted that it was a little intimidating to sign with Kelly. “She’s such a good singer. No matter how good you are, when you go up against Kelly Clarkson, she’s a legend.”

The collaboration did not disappoint. Prior to their live ACM performance, Dan + Shay gave fans a behind-the-scenes look at Kelly Clarkson in the studio recording her part for the song.

Watch Dan + Shay and Kelly Clarkson perform “Keeping Score” live at the ACM Awards in the video below.