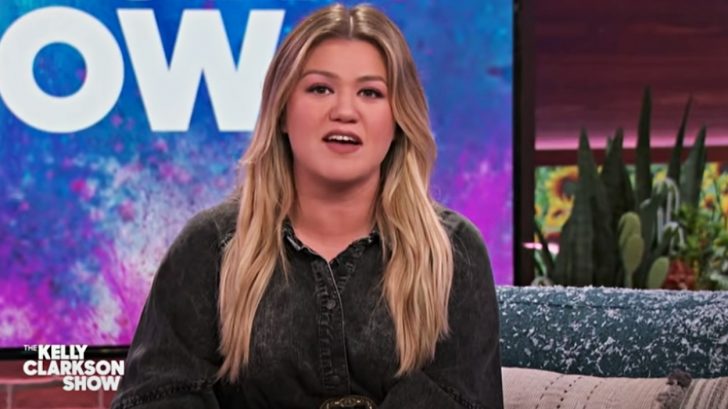 Kelly Clarkson is opening up about her difficult decision to file for divorce from music manager Brandon Blackstock.

Clarkson shocked fans back in June when she filed to end her seven-year marriage. The pop singer’s followers immediately reflected on Clarkson’s emotional performances of her original song “Piece By Piece,” which appeared to praise Blackstock as Clarkson’s forever love.

In a segment on The Kelly Clarkson Show, Clarkson discussed the hardest part of divorce with author Glennon Doyle. The writer recently published the book Untamed, which detailed Doyle’s divorce from Craig Melton.

“You write about the fallout from your divorce,” Clarkson commented to Doyle. “I’m obviously going through one right now. It’s horrible. There are so many hard parts. The hardest for me is the kids. I think, as women especially, we’re trained to take it all on and deal with it and you’re fine. But it’s your babies that you worry about.”

Clarkson and Doyle revealed how they both decided to leave their marriages for the sake of their children. The pop singer also explained that she and Blackstock were no longer happy in their relationship. Clarkson stated:

“Not just for me, but for my current husband. I’m like, ‘This isn’t happiness, for both of us, you know? I feel both of us deserve better, and neither one of us would want this for our children.”

You can watch Kelly Clarkson’s full interview of divorce confessions below.