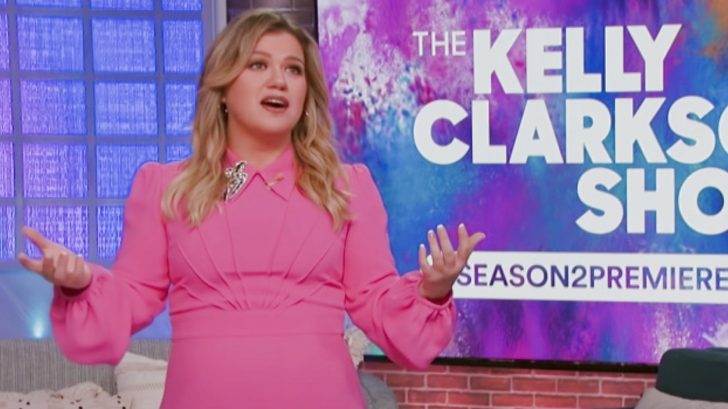 On September 13, 2020, Kelly Clarkson sat down with TODAY’s Willie Geist and spoke about her divorce for the very first time.

During the interview,  Clarkson said, “I mean, it’s no secret. My life has been a little bit of a dumpster. Personally, it’s been a little hard the last couple months.”

The singer filed for divorce from Brandon Blackstock, her husband of 7 years, on June 4th, which came as a shock to fans, seeing as she and Blackstock had been quarantined together with their children on their Montana ranch since the beginning of the coronavirus pandemic.

During the September 21st Season 2 premiere of her talk show, The Kelly Clarkson Show, Clarkson opened up about her divorce to her virtual audience and anyone watching from home.

“The last time I was on this stage was six months ago and a lot has changed for you, for me. Let’s just get this out of the way. 2020 has been a dumpster fire,” she began.

Clarkson continued, “2020 has brought a lot of change also to my personal life. Definitely didn’t see anything coming that came. What I’m dealing with is hard because it involves more than just my heart, it involves a lot of little hearts. We have four kids and divorce is never easy. We’re both from divorced families. We know the best thing here is to protect our children and their little hearts.”

She expressed that she likely won’t talk about the divorce more on her show, but she likely will talk about how it affects her personally. Her reasoning is, “I’m a mama bear and my kids come first.”

While divorce is a tough thing to go through, she did assure her fans that she is okay and while she won’t talk about her split in words, we may hear more about it through song.

Because her outlet is songwriting and singing, she says her next album will “probably be the most personal one I’ve ever released.”

“The whole record is basically every emotion you experience from the beginning of a relationship to the end of what it is now or where it is now, and it’s been very therapeutic for me,” she told Geist in her interview.

Watch her speak about her divorce on the Season 2 premiere of The Kelly Clarkson Show below.