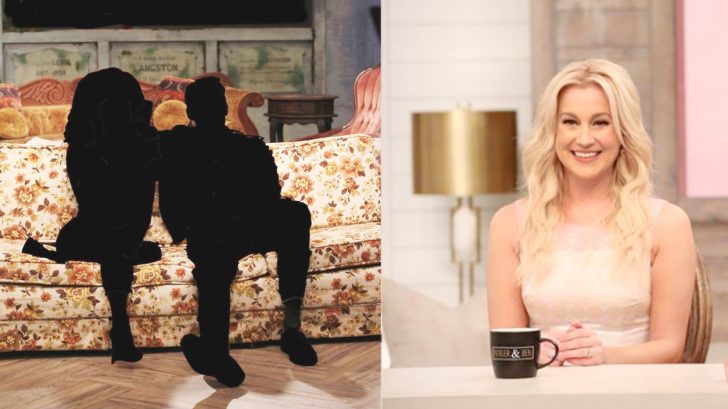 After dropping hints all week, this country star finally showed off her costume on air – and it is sure to have you laughing all the way until next Halloween.

She’s No Stranger To Dressing Up

Kellie Pickler is no stranger to going all out for Halloween. Alongside co-host, Ben Aaron – she pulled off a hilarious gender-reversed Sonny and Cher. While Ben came in with a long black wig and glittery outfit to channel his inner Cher, Kellie went over-the-top with facial hair and circular glasses to transform into Sonny.

Since their hilarious costumes last year got such great reception, they decided to dress up again. For a while now, they’ve been posting clues as to what they would be for Halloween – asking fans to take some wild guesses.

Clue #2! What do you think Kellie Pickler and Ben Aaron are going to be for Halloween??

But this year, Kelly and Ben decided to do something a little different. They based their outfits off the hysterical sitcom, Married With Children. The show was known for its risque jokes and found its way into the homes and hearts of Americans across the nation. Over its 11 seasons, Al and Peggy Bundy provided years of laughs and for most 90s couples that were also married with children – a couple they could to relate to.

So for Halloween this year, Kellie and Ben turned into Peggy and Al. The transformation took lots of hair, some tacky 1990s outfits, and a floral couch. In the end, the co-stars looked just like the couple we all fell in love with years ago.

Al and Peggy Bundy are here tomorrow! Swipe for a Halloween sneak peek?

Celebrity Guests Dressed Up Too

The two exchanged a few slap-stick sitcom jokes on air and even learned how to make “dead” velvet cupcakes with pastry chef, Zac Young dressed up as Richard Simmons – big hair and all.

The two funny co-stars even invited The Voice star, Cassadee Pope to join them on the show. Pope sang her hit song, “One More Red Light” dressed as the Mother of Dragons.

You can watch Kellie and Ben reveal their hilarious costumes the video below. And don’t forget to let us know what you think the dynamic duo should dress up as next year in the comments!