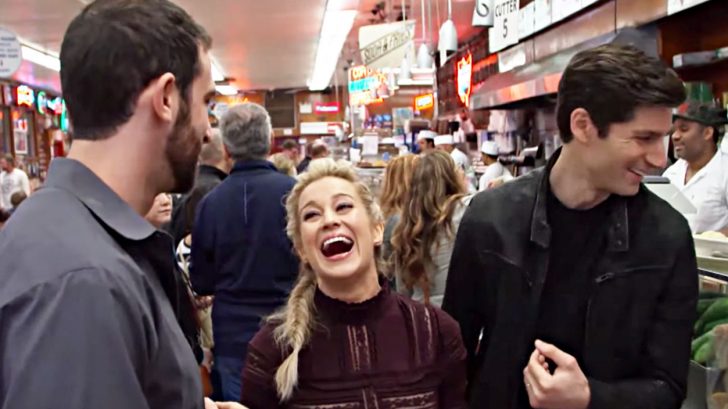 This country songstress turned talk show host jetted off to The Big Apple for some traditional New York experiences alongside her NYC native co-host, Ben Aaron.

Ben, who split his time between Nashville and New York City while their show Pickler & Ben was on the air, has been given the grand tour of Nashville by Kellie Pickler and even threw back some fried okra, so he wanted to return the favor for his good friend. Luckily, the Pickler & Ben cameras were along for the ride and Ben chose to give Kellie the full-featured New York deli experience.

Heading to one of the most famous delicatessens in the world, Kellie and her tour guide walk into Katz’s Delicatessen in the Lower East Side for some “sky-high” pastrami sandwiches and unbelievably good soda!

The pair met up with an employee named Jake who gave them an up-close-and-personal tour of the deli and all its trimmings. Jake, who quickly noticed Kellie’s thick Southern accent, was eager to hear her own take on a New York accent – and she happily gave it to him!

The pair bantered a couple minutes while Kellie tried on her new accent and even pulled out a mafioso-style flair that Jake called “intimidating.”

For all of these hysterical moments and to see the rest of her deli experience, watch the video below!