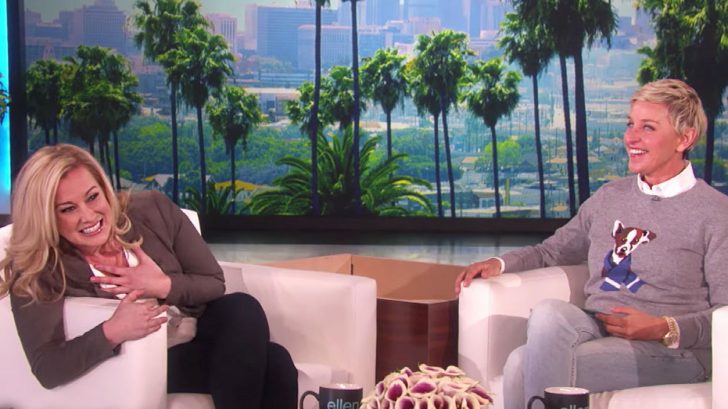 The ever-hilarious Kellie Pickler took to The Ellen Show to let host Ellen DeGeneres and her audience in on a law-breaking experience that had everyone roaring with laughter!

I always love when Kellie Pickler's on Ellen…she cracks me up!

Ellen kicked off her 2010 interview with this sassy southern belle by asking her if she’s maintained a clean record and had been keeping herself out of trouble.

Pickler excitedly admitted to the host, “I thought I was gonna go to jail the other day,” prompting Ellen to ask more about what kind of wild events must have led up to her near-jail experience.

Ellen has some fun with Kellie Pickler on today's show! Tune in at 3pm! pic.twitter.com/onqHMx9v

Setting the scene, Pickler began by saying she’d gone out to do a photoshoot which was supposed to take up the majority of her time that day and it ended up lasting later than expected, so she wound up leaving late that evening to head home.

While on the way home, Pickler said that she came upon a stop sign at an intersection, but instead of actually coming to a complete stop (like the law says), she had another idea: “So, I did one of those ‘tap and gos’ where you…kinda stop, but you don’t.”

“Why are you gonna come to a complete stop where there ain’t nobody for miles? It’s just a waste of gas!”

It just so happened that at that same moment an undercover cop was nearby and spotted Pickler’s “tap and go” at the stop sign. Naturally, the officer opted to pull over Ms. Pickler and investigate her non-observance of this stop sign.

As if the story couldn’t get funnier, from Pickler’s perspective, she confessed she was overwhelmed with embarrassment when she had to pull out her driver’s license for the officer.

But, why so embarrassed? Not for the picture, that’s for sure!

Nope, Pickler was embarrassed to high heaven because her license had been completely broken into pieces and scotch taped back together! Apparently, she’d run the thing through the dryer at home and it warped it enough to break it in half!

“He didn’t give me a ticket, but all those police officers came up because they wanted to get a picture,” she admitted with a giggle.

Watch Kellie Pickler’s hilarious story of her run-in with the police on Ellen below!