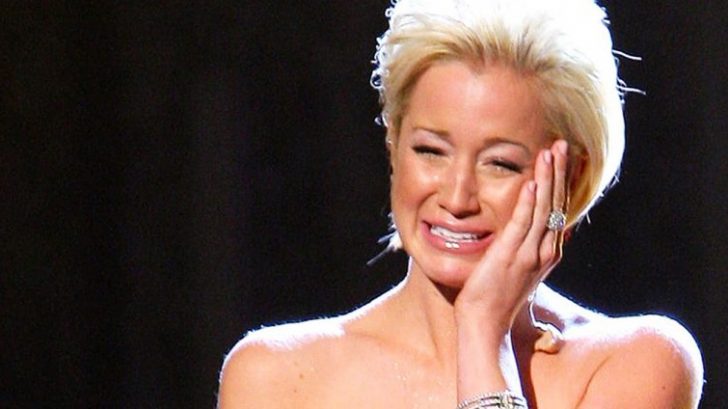 Former American Idol contestant Kellie Pickler captured viewers and fans with her pure voice and quirky personality. Roughly a year after her season aired, she signed with a recording company and was ready to take the country music industry by storm!

However, it was her emotional performance at the 2007 CMA Awards that showed audience members and fans a new side to their favorite southern goofball.

Performing her hit song “I Wonder,” Pickler took her audience through her childhood after her mother abandoned her at a very young age. She sang about all the vacant memories and opportunities taken from her

Pickler sang, “I think about how it ain’t fair/That you weren’t there to braid my hair/Like mothers do/You weren’t around to cheer me on/Help me dress for my high school prom.”

A heartbroken Pickler ultimately breaks down near the final chorus, sobbing through her lyrics as fans clap and offer cheers of encouragement for the courageous singer.

Since that emotional moment, Pickler’s mother has attempted to reach out to her, specifically through public media outlets. Her mother used this opportunity to speak out against domestic violence, which she openly blames for the lost connection to her daughter.

However, Pickler has made it very clear that there are many riffs to be addressed and their relationship has not seemed to develop since.

You can view Pickler’s emotional moment below.