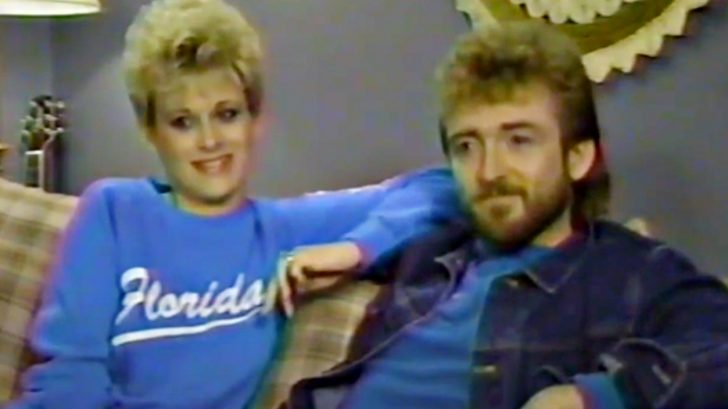 Keith Whitley and Lorrie Morgan had one of the greatest country love stories of their time.

Their love story was heartbreakingly cut short because of Whitley’s death in on May 9, 1989, less than one year after their son Jesse Keith Whitley was born.

Before Lorrie and Keith married in 1986, Keith’s manager, Don Light, informed Lorrie of Keith’s alcoholism and Lorrie truly believed it wouldn’t be that big a deal.

“I’d been around alcoholism throughout my life,” she said in an interview a year after her husband’s death. “I never, never expected anything as bad as Keith had it. I thought it would just take love and someone to help him to get through with it. He wanted it that way. But something inside of him wouldn’t let him. It literally was like he had cancer and could not control.”

In total, she said they had about six months of pure marital bliss before alcohol became a problem and turned her husband into “somebody…I didn’t know.”

Ultimately, it sounds like Lorrie had been expecting the phone call she got the May prior to this interview.

“‘Every time the phone would ring, it was in the back of my mind that there was somebody calling to tell me he’s been in a wreck or died of alcohol. It was a living hell. I was on pins and needles when he was on the road,” she said.

A few days before Keith’s death, he dropped her off at the airport for a promo trip to Alaska. He gave her a card, which was not unusual, but after her husband’s passing just three days later, she said what he wrote was “spooky.”

“Would you like to know what I wish for you?

‘If I could have any wish I wanted, this is my wish: That in your life which is so precious to me, may worries, troubles and problems never linger. May they only make you that much stronger and able and wise. May you rise each day with sunlight in your heart, success in your path, answers to your prayers, and that smile that I always love to see in your eyes. I love you, Keith.”

She said, “When I read the card on the way back home, I felt like he was trying to tell me something.”

And although her love story with her beloved husband was cut much too short, she is grateful for every day of it.

“I am thankful for those three years, as hard as the bad times were. In those three years I’ve never in my life known love like Keith Whitley showed me,” she said. “A lot of people never experience that. That was a lifetime feeling.”

Watch Lorrie’s tribute performance to her husband, which is mixed with footage from throughout their relationship.