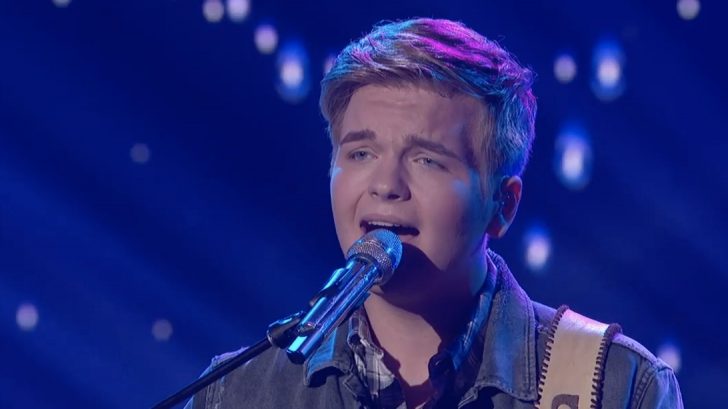 Night one of the American Idol re-boot season finale is behind us and it was a night full of incredible performances as the Top 3 tried to win over America one last time. With two country artists vying for the Idol title, there were plenty of country-esqu performances to keep us happy during Sunday’s episode (May 20).

Caleb Lee Hutchinson, the lone male left in the competition, made his first national performance of his debut single “Johnny Cash Heart” and received a mediocre response from the judging panel due to his nerves getting the better of him.

But, his follow up performances of Keith Whitley’s “Don’t Close Your Eyes” and Johnny Cash’s “Folsom Prison Blues” reminded us exactly why this talented 18-year old is in the finale.

While his Johnny Cash cover was flawless, it was his Keith Whitley remake that was a true crowd-pleaser. It wasn’t the first time Caleb had performed the country classic, though. He first covered it during day one of Hollywood week. It was enough to get him through then, so he’s hoping it will be enough to earn him the title this time around.

Hutchinson has been a steady performer throughout the season, and has provided a bit of comic relief throughout, a trait that has endeared him to fans and has made him a country favorite. We are excited to see what’s next for Caleb Lee Hutchinson. Regardless of the outcome of his Idol journey, we have no doubt that we’ll be hearing much more from him in the future.

Hear Caleb Lee Hutchinson sing “Don’t Close Your Eyes” during the American Idol season finale in the video below. And don’t forget to vote for your favorite Idol finalist! You can vote for Caleb by texting 1 to 21523 or vote here. The winner will be revealed during a 2-hour season finale on Tuesday (May 21).