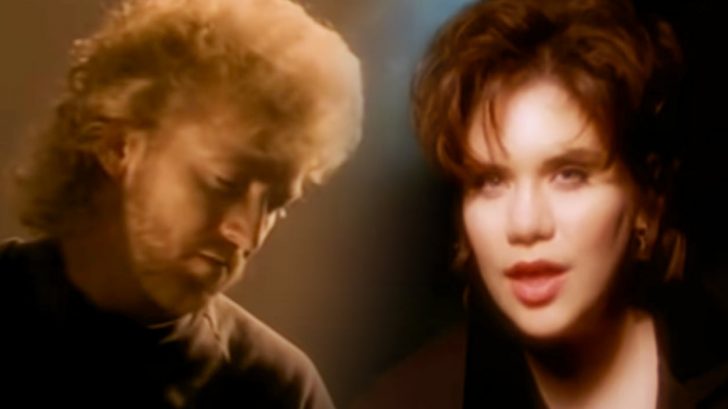 It’s one of the greatest country love songs of all time, one that has endured over the years due to its timeless nature. The evergreen quality of “When You Say Nothing at All” was made possible by not one, but two artists…Keith Whitley and Alison Krauss.

Written by the talented songwriting team of Paul Overstreet and Don Schlitz, “When You Say Nothing at All” was originally released in 1988 by Whitley.

According to the book The Stories Behind Country Music’s All-Time Greatest 100 Songs by Ace Collins, Whitley fell in love with the song the first time he heard it.

Whitley’s recording of the song climbed to the top spot on both the U.S. and Canadian country charts. CMT later ranked his version as the 12th greatest country love song of all time.

The song’s co-writer, Schlitz, told author Tim Roland in an interview for his book, The Billboard Book of Number One Country Hits, that Whitley did a beautiful job with the song, saying, “He truly sang it from the heart.”

Less than a year after Whitley released “When You Say Nothing at All,” he passed away. His death left a void in the country community, as many mourned the loss of an artist who still had so much potential.

Six years after Whitley’s passing, Krauss and her band Union Station decided to record their own version of his signature song.

Her recording further solidified the song’s status as a country icon after it claimed the third spot on the chart and was awarded the Single of the Year award at the CMA Awards.

The Magic of Technology

Since Whitley and Krauss experienced so much success with the song as individuals, Mike Cromwell, the production director at WMIL-FM in Milwaukee, Wisconsin, put together a duet of their two versions. He was able to achieve this by blending elements of both recordings to make them sound like one.

Despite the fact that this duet was never released on a commercial scale, it generated a lot of attention from fans. It’s no surprise why. That first moment you hear Whitley and Krauss’ voices come together will send chills up your spine. Listen to their stunning duet in the clip below.

It’s unfortunate that Whitley wasn’t here to record “When You Say Nothing at All” as an actual duet with Krauss, but his legacy lives on through this recording.