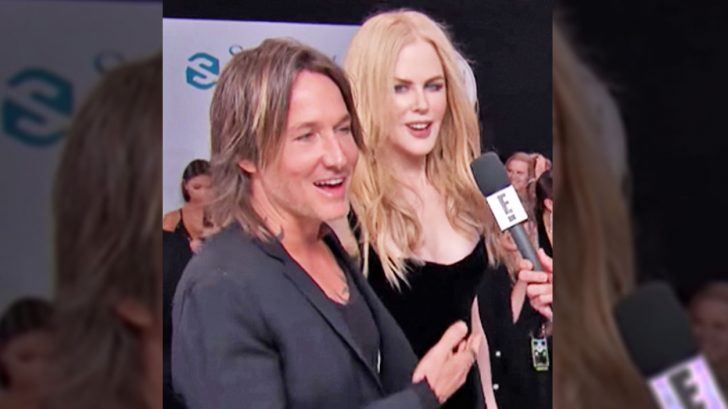 Prior to the 2017 CMA Awards, Keith Urban debuted a powerful song titled “Female.” Once people started listening, not only were they talking about the incredible meaning behind it, but they were also speculating on who the female voice was.

Rumors began swirling that Urban’s wife of eleven years, actress Nicole Kidman, provided backup vocals, yet others were reporting that it was one of the song’s writers, Nicolle Galyon.

Do I say how we’re all somewhere between Virgin Mary & Scarlet Letter? Do I say what a gift it is to get to write songs like this with @shanemcanally & @rosscopperman? Do I try to thank @keithurban for being the MAN to say it? Do I play it for my daughter and hope she gets it? Do i just look at the sky and SMH that this song is only 3 weeks old? Because right now I’m being a total FEMALE and feeling all the things. And is that such a bad thing?#queenofkings

Well, both are true!

Galyon and Kidman’s vocals both appear on “Female,” and Urban wouldn’t have it any other way. When he was sent the demo, he loved Galyon’s voice in the background and the final cut is her voice and Kidman’s blended together.

If you’re asking yourself, well how did Keith get his wife, who has sung before but not recently, in the studio? We asked ourselves the same question, and luckily, Urban answered it for us!

“[Songwriter] Nicolle Galyon had these beautiful female vocal colors in the song — really beautiful parts,” he explains. “We left ’em, just as they were on the demo. But I thought, this is one of the songs that would be great to have Nic come sing as well. Of all songs, it’s the right one,” he said according to Nebraska News Channel KWBE.

Of course, the “Nic” he is referring to is his Oscar-winning wife.

He continued, “Because I have a studio at my house and we were working at home, I went upstairs, and she was home, and I said, ‘Can you come down and sing these parts as well?’ So she came down and sang, and we just blended her and Nicolle Galyon together on the exact same parts.”

Check out the married couple singing it together below.

I’m not gonna complain that the Music Modernization Act just happened to be signed on International Day Of The Girl. Because you know what most songs are about? Females. And you know what song is officially 1 year and 1 day old? #FEMALE @nicolekidman @keithurban @shanemcanally @rosscopperman

Sometimes we get different stories from each party involved, but Kidman did have the exact same story, which she told on the red carpet at the American Music Awards in late 2017.

Watch them talk about the process below.