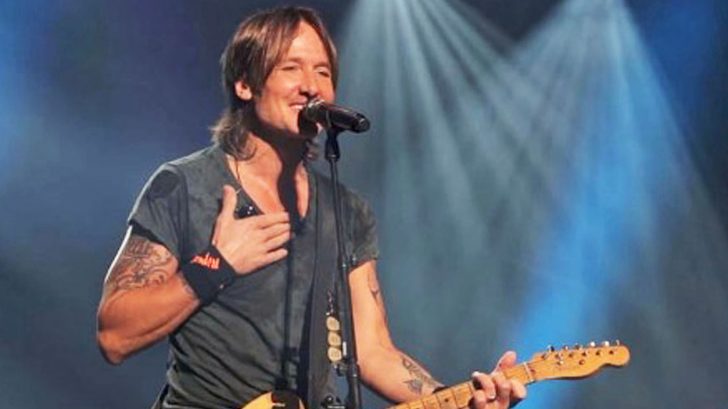 For artists as famous as country music superstar Keith Urban, it seems like you can’t go a day without making headlines. One of the most recent rumors to be making the rounds in regards to the Australian country singer is alleged music collaboration with Bachelorette star Sophie Monk.

In an interview with Australian podcast The Kyle and Jackie O Show, Urban offically set the record strait on all things regarding his music.

“I heard a rumor that Sophie Monk has touched base with you about working on some music,” asked podcast co-host Jackie.

“I heard that rumor too,” Urban said in between laughter. “It’s complete, absolute, utter BS.”

Monk is a Australian personality who previously starred on the Australian version of The Bachelorette in addition to recording with girl band Bardot.

While the origin of the rumor remains unknown, sounds like Urban has officially put it to rest for good. After clearing the air, the country singer went on to discuss his latest single “Parallel Lines” and forthcoming LP Graffiti U.

Fans were given their first insight into Urban’s followup to hit album Ripcord last month with the release of the smooth country song written by Grammy-winning singer-songwriter Ed Sheeran.

“The sound of words is a big thing to me – Ripcord was like that, Fuse was like that. Fuse and Ripcord denoted a certain kind of energy in the word to me,” Urban shared in an interview with Rolling Stone Country. “‘Graffiti’ to me felt very uninhibited, artistic, liberated expression. ‘Graffiti’ to me is a blank canvas and pure artistic expression upon that.”

You can listen to the full podcast episode here (Urban coming on at minute 50)!