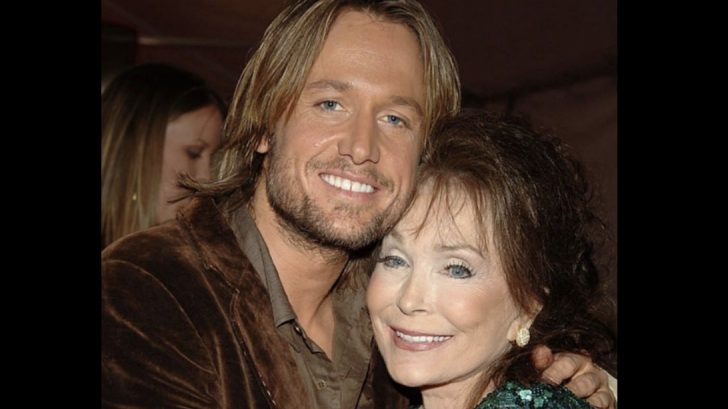 Many of those artists turned out to help Loretta celebrate her 76th birthday in early April at her first ever birthday party. More than 12,000 fans filled the Bridgestone Arena in Nashville for the celebration that included performances of some of Lynn’s biggest hits like “Blue Kentucky Girl” and “You Ain’t Woman Enough To Take My Man” by some of Music’s City biggest artists. George Strait, Miranda Lambert, Kacey Musgraves, Tanya Tucker, and Alan Jackson were just a few of the stars in attendance. 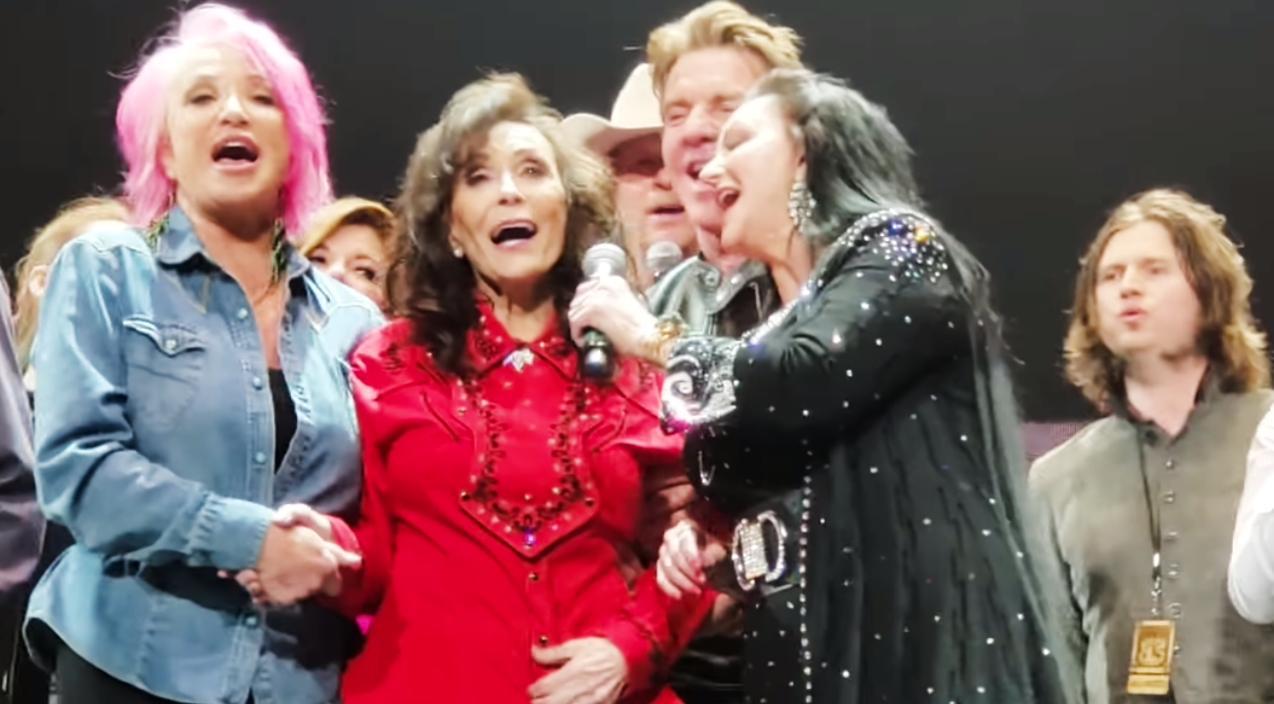 There was one guest in particular that was there to fulfill a very special wish for Lynn. When it was announced during a press conference that Lynn would be honored with her first birthday party, she had one wish….that Keith Urban would jump out of her birthday cake.

In an interview with PBS for a television special, Urban talked about Loretta Lynn’s influence on him as an aspiring artist in Australia.

Urban also shared a hilarious voicemail that Lynn left for him prior to her birthday party. “Hey Keith, this is Loretta. And I’m having a birthday, and I want to see your butt there,” Lynn said in the spunky voicemail.

"Keith, this is Loretta. I'm having a birthday and I want to see your butt there." @LorettaLynn @KeithUrban @NewsHour. #HappyBirthdayLoreta pic.twitter.com/vt7E0q17Cr

Urban did as Lynn requested and showed up at her party where he sang her classic hit “Blue Kentucky Girl” and obliged her by jumping out of her birthday cake.

Miss Loretta- you asked me to jump out of a cake for you- and I would do it again every time ! Thank you for a truly surreal and gorgeous night of music , heart, stories , magic , and LOVE!!!!! HAPPY BIRTHDAY !!!! Love ALWAYS. – KU ?: @johnshearer