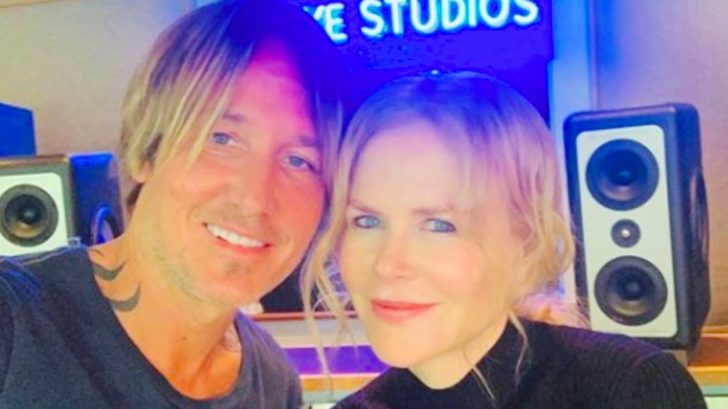 Then of course, you have the couple’s viral lip-sync performance to “The Fighter,” Keith’s 2017 collaboration with Carrie Underwood. Keith and Nicole released their lip-sync video before “The Fighter” was a single, and its popularity led to the song charting in the year prior to its official release.

In case it wasn’t obvious enough that Keith and Nicole are still madly in love with one another, the two made their feelings clear with their 14th anniversary notes for each other on social media.

Nicole kept her message short and sweet, simply writing “Us” with a heart emoji under a photo of her and Keith snuggling up to each other at an awards show. She also included the hashtag “#HappyAnniversary.“

As for Keith, he posted a slightly longer message alongside a photo of him and Nicole leaping into the air on the beach while holding hands.

“Happy Anniversary Baby!!!!!” Keith opened his message. He went on to write, “14 years…. and i feel like your boyfriend in ALL the right ways!!!!“

Happy Anniversary Baby!!!!! 14 years…. and i feel like your boyfriend in ALL the right ways!!!!

Keith and Nicole have always been each other’s biggest champions. During the 2020 Golden Globe Awards, Keith gushed on the red carpet about his wife’s acting career, saying it is “really inspiring” to watch her take on such “daring” roles.

Watch that interview below.

Happy anniversary Keith and Nicole! We wish them many more years of love and happiness together.