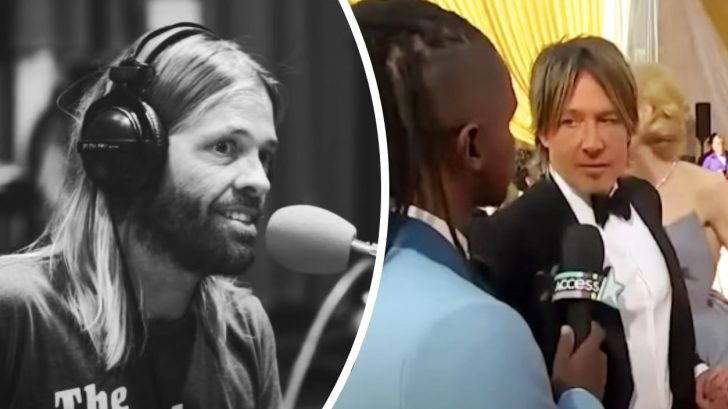 The music world was devastated when news broke that Foo Fighters drummer Taylor Hawkins passed away unexpectedly on Friday (March 25). He was 50 years old.

“The Foo Fighters family is devastated by the tragic and untimely loss of our beloved Taylor Hawkins,” read a statement on the Foo Fighters’ official social media accounts. “His musical spirit and infectious laughter will live on with all of us forever. Our hearts go out to his wife, children and family, and we ask that their privacy be treated with the utmost respect in this unimaginably difficult time.”

Tributes to Hawkins poured in from artists of all genres, including Stevie Nicks, Axel Rose, Travis Barker, and LeAnn Rimes.

“GUTTED to hear of our friend and neighbor, Taylor Hawkins[‘] departure. In disbelief, like everyone else,” Rimes wrote on Twitter.

GUTTED to hear of our friend and neighbor, Taylor Hawkins departure. In disbelief, like everyone else. He was one of my favorite people, always full of love… he will be deeply missed. Our hearts go out to his family, to the Foo’s… #RIPTaylorHawkins #FooFighters

Keith Urban was another artist who expressed disbelief over Hawkins’ passing. He was walking the Oscars‘ red carpet with his wife, Nicole Kidman, when a reporter from Access mentioned Hawkins’ death.

“It’s indescribable,” Urban said about the pain of losing Hawkins so suddenly. “I feel for everybody, Taylor’s family, the band, the crew, everyone, everyone.”

You can hear the heartache in Urban’s voice when he spoke about Hawkins’ passing. It’s clear his death hit him hard.

Watch the video below to hear Urban’s reaction to Hawkins’ death. He spoke for just a brief moment, but made his feelings clear in that short time.

We too, join Urban keeping Hawkins’ family, friends, and bandmates in our thoughts during this difficult time. He will be missed.