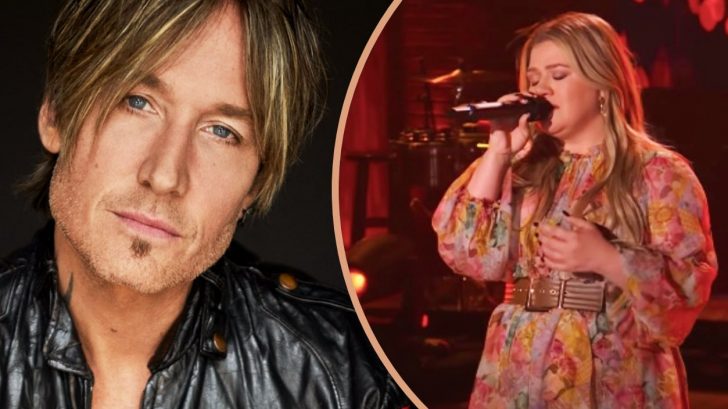 In 2005, Keith Urban released his single “Tonight I Wanna Cry.” Urban co-wrote the song, which is told from the voice of a brokenhearted man.

The narrator sings about the pain he feels after the love of his life left him. He looks pictures of them together and finds himself longing for the way things used to be. But since his love is gone, all he wants to do is cry.

As Urban sings in the chorus:

“To h— with my pride, let it fall like rain, from my eyes. Tonight I wanna cry.”

“Tonight I Wanna Cry” has famously been performed on American Idol multiple times. In 2013, Paul Jolley and Lazaro Arbos sang the song in front of Urban, who judged the competition from 2013-2016.

Another Idol contestant who covered the song was none other than Kelly Clarkson. She sang “Tonight I Wanna Cry” on the set of her namesake talk show, The Kelly Clarkson Show.

Clarkson poured her heart into her cover of Urban’s emotional song. Fans loved the performance…and so did Urban!

Urban happened to see the video of Clarkson’s cover, and knew he had to respond. He shared his reaction on Twitter, writing:

You can watch Clarkson’s cover of “Tonight I Wanna Cry” in the clip below. We always enjoy hearing her take on country songs like this one.