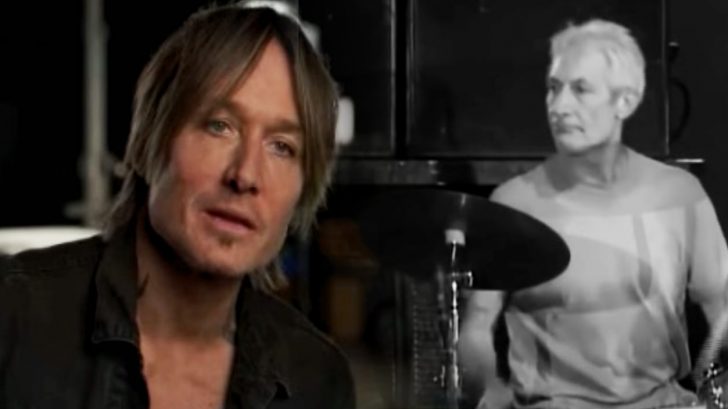 The music world is currently in mourning following the death of one of its legends. Charlie Watts, who was the Rolling Stones’ drummer for 58 years, died Tuesday (August 24). He was 80 years old.

Watts’ spokesperson released the following statement about his death via the Rolling Stones’ social media pages:

“It is with immense sadness that we announce the death of our beloved Charlie Watts. He passed away peacefully in a London hospital earlier today surrounded by his family. Charlie was a cherished husband, father and grandfather and also as a member of The Rolling Stones one of the greatest drummers of his generation. We kindly request that the privacy of his family, band members and close friends is respected at this difficult time.”

Singers of all genres mourned Watts’ death. Tributes poured in on social media from his fellow rock stars, pop artists, and country singers.

The members of Aerosmith paid tribute to Watts through a touching message, writing, “We are extremely saddened to hear the passing of the legendary Charlie Watts…”

“A hero is gone. No words. A huge gaping hole in the universe,” Sheryl Crow wrote on Facebook.

One of the most emotional tributes came from Keith Urban, who also shared an old photo of him with Watts. He said he was “shocked and truly saddened” to learn about the legendary drummer’s death:

“I didn’t even properly know you, but I love you Charlie, and I thank you for all that you gave us,” Urban said. “I’m so grateful that through countless recordings we will always be not only hearing you , but FEELING you !“

Look below to read Urban’s full tribute to Watts. It’s a tearjerker, so you may want to keep a few tissues close by.

Urban once got the chance to perform with Watts in 2013. He joined the Rolling Stones on stage to jam out to their song “Respectable.” You can watch a video of that performance below.

Our hearts go out to Watts’ family, friends, bandmates, and all who loved him. May he rest in peace.