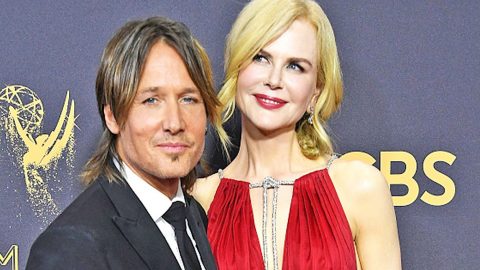 Keith Urban and Nicole Kidman are usually pretty strict when it comes to keeping their kids out of the spotlight. But it looks like they made an exception for a special project, and we’re glad they did!

The couple’s two daughters, Sunday (age 11) and Faith (age 8), used to be completely hidden from the public eye. But as the years have passed, Keith and Nicole have been a little more willing to share their girls with the world.

For example, the two girls recently made cameo appearances in the second season of Nicole’s hit series Big Little Lies. They also appeared on stage with their mother and father during a New Year’s Eve medley a couple of years ago.

Now, it looks like Sunday and Faith are continuing to ease their way into the spotlight through a new movie set to hit theaters in just a few short weeks. That’s right, the Kidman-Urban girls are in a movie!

But if you thought you’d actually get to see Sunday and Faith appear in a film, you’re out of luck. It turns out the new film they’ll be featured in is an animated one, so you can only hear their voices. But hey, it’s something!

That film is The Angry Birds Movie 2, which is set for release on August 16. The original film, which is based on the popular mobile game, featured a vocal performance from country superstar Blake Shelton as a character named Earl.

To go along with the film, Shelton recorded a fun and bouncy song called “Friends.”

Now, the second Angry Birds film earns its country music connection through Sunday and Faith, who play “hatchling” birds named Lily and Beatrice. The children of other celebrities also voice some of the other hatchlings that appear in the film.

In an exclusive clip released by People, you can hear Sunday and Faith’s voices as the hatchlings are seen being attacked by the evil green piggies. The bigger birds band together to fight back and protect the hatchlings, though their plan goes a bit haywire.

You can watch that full clip below. Listen closely for Sunday and Faith’s voices!