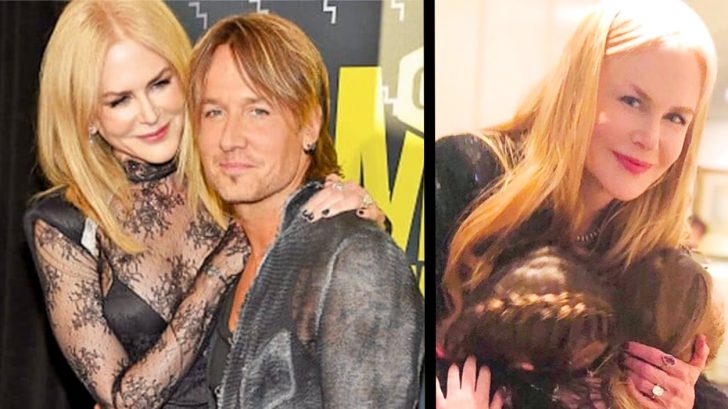 It looks like Keith Urban and Nicole Kidman‘s daughters Sunday and Faith may be following in their mama’s footsteps!

Through the years, the country star and the actress have tried their best to keep their two daughters out of the spotlight. They rarely share photos of the girls on social media, and when they do, their faces are often hidden.

Take this photo Nicole recently shared with her two girls as a prime example.

But in more recent years, Keith and Nicole have been a bit more willing to share their daughters with the world. They even appeared onstage with their mom and dad during a New Year’s Eve celebration a couple of years ago!

It seems that Keith and Nicole are aware they may not be able to keep their girls out of the spotlight forever. During an interview with CMT’s Cody Alan in 2016, Urban shared that even then, Sunday and Faith were both interested in singing and acting.

Now, the two girls have been given the chance to get a taste of the acting world thanks to their mama and her hit TV series.

The second season of the award-winning series Big Little Lies, which Nicole stars in and co-produces, is debuted on June 9. And if you look closely while watching the new season, you may be able to spot Keith and Nicole’s daughters in some scenes.

Back in October 2018, Nicole revealed on The Ellen DeGeneres show that Sunday and Faith had cameos in Big Little Lies‘ second season. But she didn’t reveal where you can spot them until she sat down for an interview with GMA in May of this year.

“You see them fleetingly in the classroom scenes,” she shared.

She was quite proud to have her daughters on set, and is happy that they’re expressing some interest in her career. “Yes, and I’ve always said this, there’s something wonderful about bringing your children to work, and them seeing what you do, and them being a part of it, and being interested and curious and feeling like it’s theirs as well,” she said.

You can listen to Kidman gush about her daughters and their appearance in Big Little Lies by tuning in to her interview below.

Now you know where to look for Sunday and Faith when the new season of Big Little Lies hits the air!