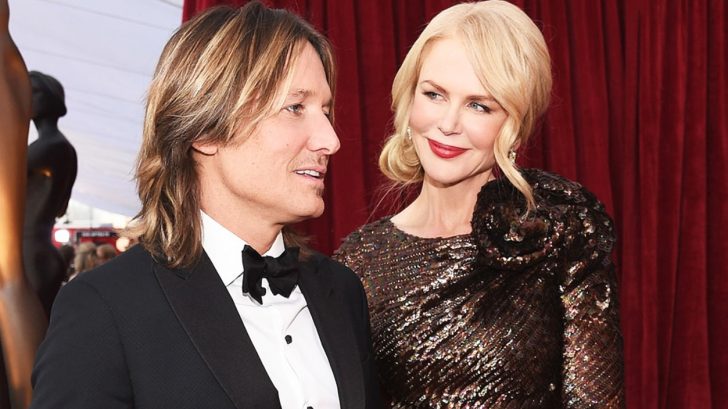 The love birds are back at it again – but this time in New York City! Keith Urban and Nicole Kidman have been spotted getting cute and cuddly all over the globe recently. But the couple’s most recent adventure took them to Broadway in the hustle and bustle of America’s favorite city.

Urban and Kidman are quite the travel bugs this time of year! In between tours and movie sets, the couple always finds a way to spend some quality time together. In late January of 2019, the country star and his blonde beauty sat front row at the Australia Open in Melbourne. Just a few short days later, Kidman helped Urban celebrate his final days of his Graffiti U Tour in six different Australian cities!

I love the tennis! Thanks for having us #AusOpen ?✨

A Night In NYC

Now, the beautiful couple has made their way back to the states and with a busy itinerary. Kidman posted a sweet snap of her and her hubby catching a Broadway show over the weekend. With a big smile on Urban’s face and Kidman sporting a soft smirk, it was obvious they were having a perfect date night. The pair came for the show, NETWORK with award-winning actor Bryan Cranston. Kidman only had incredible things to say about the production.

“Thank you Bryan, Tatiana, and the whole cast for a riveting and arresting night of great theater.”

Thank you Bryan, Tatiana and the whole cast for a riveting and arresting night of great theater. Xx

Kidman and Cranston starred together in the 2019 film, The Upside alongside comedian Kevin Hart. The comedy-drama follows a paralyzed billionaire (Cranston) who builds an unlikely friendship with a former convict (Hart). Kidman plays the billionaire’s assistant and is in charge of hiring the perfect caregiver for her boss. The comedic and light-hearted plot plus the outstanding cast made for a brilliant execution of the film.

The only time we kept a straight face while shooting #TheUpside. Go see it for a fun (and funny!) time – promise ?

Can’t get enough of Keith and Nicole’s cuteness? Watch them sing a duet together below!