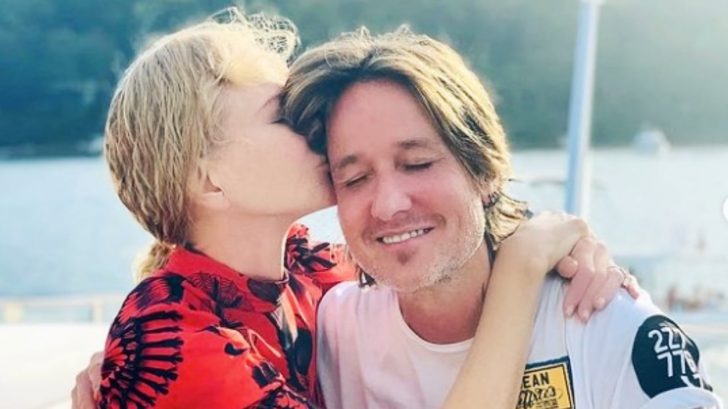 Keith Urban and Nicole Kidman celebrated their “sweet 16” wedding anniversary on Saturday (June 25). They said “I do” in 2006 at the Cardinal Cerretti Memorial Chapel in Australia.

Keith and Nicole are fairly private when it comes to their personal lives. They rarely share photos of their daughters. When they do, they usually only show the backs of the girls’ heads.

This element of privacy is one that Keith and Nicole have upheld from the start of their marriage. We’ve only ever seen a couple of photos from their 2006 nuptials.

To celebrate their 16th anniversary, Keith and Nicole shared another one of their rare wedding pictures. Nicole was the one who posted the photo, which shows her and Keith surrounded by a bunch of candles.

She captioned the photo, “Sweet XVI…Remember this like it was yesterday. Forever.”

Keith also recognized their anniversary with an affectionate post on social media. He posted a more recent photo of him and Nicole, and said, “HAPPY SWEET 16 BABY.”

Look below to see the photo Keith shared.

Congratulations to Keith and Nicole on 16 years of marriage! May they enjoy many more joyful years together.