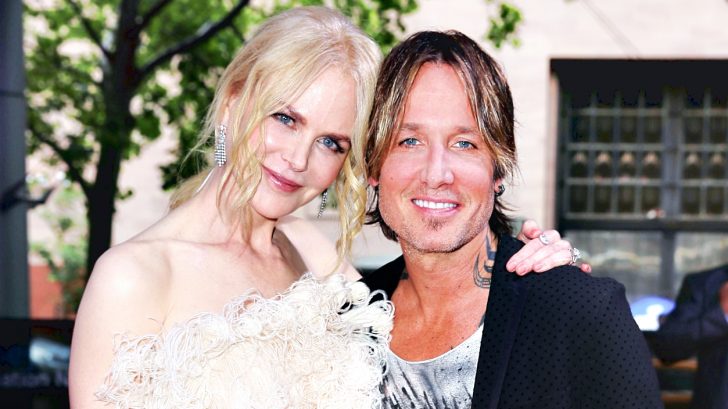 He did it again! Not only did Keith Urban host the Australian Recording Industry Awards, but he also made us all swoon over his sweet shout out to his wife, kindness to others, and amazing sense of humor!

We knew Urban was amazing, but as he was introduced as the host for the night we realized that not only has he made an impact in the U.S. – he’s touched lives all around the world. As a five-time Aria winner, four-time Grammy winner, and CMA’s current Entertainer of the Year – Keith has truly earned his place in the world of country music.

A Shout Out To His Gal

As Urban took the stage, the first thing he did was call out all the people who have supported and continue to support him.

He looks into the audience, pointing out his beautiful wife, Nicole Kidman and says, “Hi baby! Right in the front row.”

One look at Nicole’s face and you can see just how much she is blushing. Still, it is obvious she is incredibly proud of her man and all that he has accomplished.

The “Blue Ain’t Your Color” singer also took a moment to do something rare among celebrities – remember those who have come before us. Before starting into a comical speech, he pauses and says, “Before we get started though, I want to say it’s very important that we acknowledge the Aboriginal and Torres Strait Islander peoples as the traditional custodians of this land…”

While Urban was presenting and performing, Kidman was there for him every step of the way. This couple proves exactly what relationship goals are all about.

They definitely have a chemistry that keeps them together and supportive of each other. To catch all the cute and funny moments, watch his full speech in the video below!