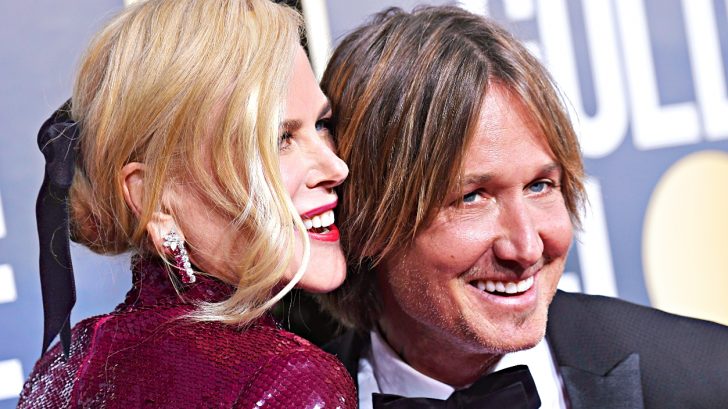 Golden couple Keith Urban and Nicole Kidman have always been known to support each other at various different award ceremonies. When Keith was hosting the Australian Recording Industry Association Music Awards, Nicole stood right by her man the entire time. Now, it was Keith’s turn to support his lovely wife at the Golden Globe Awards.

The couple attended the Golden Globe Awards show in Beverly Hills, California on January 6, 2019. Nicole was up for Best Performance by an Actress in a Motion Picture – Drama for her role in the film, Destroyer. In the movie, she plays Erin Bell, a Los Angeles detective who has to solve the murder of a former enemy.

Saw #Destroyer last night. What a film. A crime thriller with grit and style, kinetic direction by Karyn Kusama, and a wonderful performance by Nicole Kidman. One of my favorite films of this last year. pic.twitter.com/nxxa5oku9I

Inseparable Throughout The Night

For the ceremony, Nicole dropped the casual detective clothes and slipped into a gorgeous, floor-length red gown. Keith looked dapper standing net to her in a tuxedo and bow tie – both all smiles throughout the night.

The two were so close that even while pushing through the crowds and smiling for the paparazzi – they held hands and smiled on.

They even shared a few intimate moments with one another where – even though they were surrounded by cameras and the press – they gave each other love eyes. It was almost as if they were the only two people there.

The couple continued the spark once they got to their seats. Keith couldn’t keep his hands off his beautiful better half as they snuggled up in the dining hall.

The center of attention at the #goldenglobes this year!

They even came dangerously close to sharing a few smooches for the cameras – but they kept it to sweet looks and hand holding. These two are the epitome of couple goals!

All the photos from the #goldenglobes last night are now up in our Gallery! View then all now at keithurbancentral.com

During an interview with the adorable couple on the red carpet, the duo talked about what their kids were up to and what their plans were after the event. Check it out in the video below!