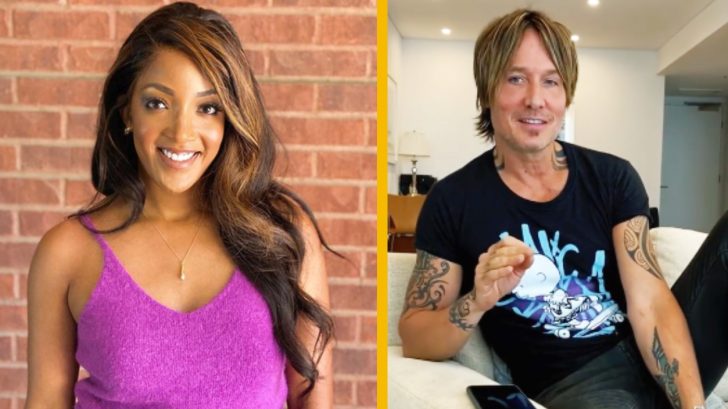 Last year, Keith Urban and Mickey Guyton gave a memorable performance at the 2020 ACM Awards, and this year, the pair are teaming up again to co-host.

Guyton will make country music history as the first Black woman to host the ACMs. Guyton recognized the significance of the opportunity in statements to the media. According to remarks obtained by Taste of Country, Guyton explained:

“As I’ve said before, ‘If you can see it, you can be it.’ This is a moment of great significance for me and I am so thrilled to share it with all the fans.”

The 2021 ACMs will again come from several locations, including the Grand Ole Opry House, the Bluebird, and Ryman Auditorium. Nominees for the award show were released last month. Maren Morris and Chris Stapleton each earned six nods. Guyton was also nominated in the New Female Artist of the Year category.

In a video released by the ACMs, Urban captures Guyton’s excited reaction as he asks her to co-host the show. Guyton has since shared the video and her enthusiasm on her social media for fans.

“What is my life right now?! Thank you @KeithUrban and I cannot wait to join you as co-host of the @ACMawards on April 18th,” Guyton wrote on Twitter.

What is my life right now?! Thank you @KeithUrban and I cannot wait to join you as co-host of the @ACMawards on April 18th. ? pic.twitter.com/UZcEuuxoZw

Watch Mickey Guyton and Keith Urban’s 2020 ACM Awards performance in the video below.